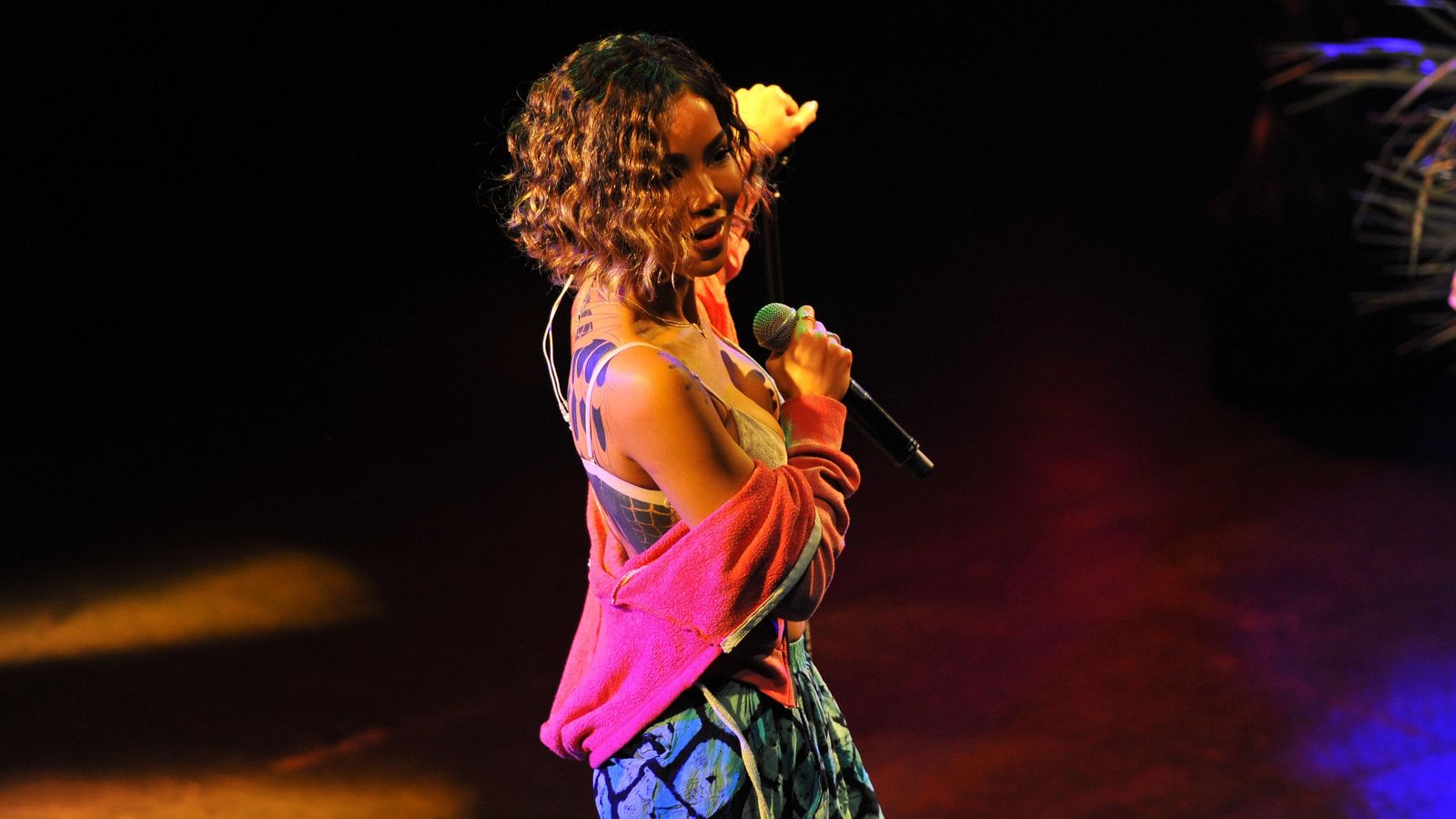 quote of the day
I can understand he's disappointed [at being shut out]. Everybody at the Academy understands that he's disappointed. I was personally surprised that he was not nominated.
Harvey Mason Jr., interim chief of the Recording Academy, on the Grammy Awards' snub of the Weeknd
music
Twitter Facebook Email

"You'll hear the WEEKND's name a few times," a certain newsletter informed you in its lead sentence Tuesday morning, and I'm back 24 hours later to inform you that technically I was correct. You did indeed hear the Weeknd's name more than a few times Tuesday, just not in the context I or anyone else expected. One thing we find ourselves relearning every year: The GRAMMYS are the Grammys, all but designed to frustrate us every time at the top of the ballot while surprising and delighting us in random downballot races. In this particular year of Black Lives Matter protests, of the RECORDING ACADEMY making public commitments to diversify its leadership and membership, of the Academy and several record companies dropping the word "urban" as a euphemism for Black music... Wait. let's take a minute to remember what's wrong with that euphemism. It's not just the word choice, though that comes with its own baggage. It's more that the music and people stuck with that descriptor often find themselves, well, stuck. Record executives assigned to the urban department find themselves passed over for promotions, as if "urban" not only describes what they do, but what they can't do. Artists struggle to find opportunities elsewhere. They might, for example, find themselves wondering if a Best Urban Contemporary Album Grammy nomination puts them in consideration for the a general Album of the Year nod, or if it's used as a replacement for the bigger honor. They might never know for sure... So anyway, the Weeknd didn't get nominated in the new "progressive R&B" category (the Grammy's unfortunate new name for urban contemporary) and he didn’t get nominated in the general categories either, and there are fair arguments to be made over what he did and didn't deserve (I'm in the "did" camp). There will also be unfortunate discussions over whether the Academy was angry at him for taking the headlining gig at the Super Bowl (who'd turn that down?), which it reportedly saw as a potential conflict with the Grammy Awards a week earlier. (Academy chief HARVEY MASON JR. responds.) Either way, the post-urban, post-protest Grammys are left with an Album of the Year category with only two Black faces among eight nominees. One of them is the singer of the BLACK PUMAS, a low-profile Austin rock band whose nomination for the deluxe version of an album that barely scraped the BILLBOARD 200—the original album was too old to be eligible—is one of the bigger head-scratchers in Grammy memory. The strange choices throughout the Album of the Year lineup, which also includes the first-ever such nominee that missed the Billboard 200 altogether, will be discussed a lot in the weeks ahead. And, yes, Grammy vet BEYONCÉ is the show's leading nominee. And, yes, this happened. And, yes—YESSSS!!!—all five nominees for Best Country Album and all six for Best Rock Performance are women or women-fronted bands, a huge step for a show whose issues with women have been well chronicled in recent years. All 11 are unimpeachably deserving. By contrast, the scattershot nominees for Best Rock Album, which include one woman, are a mix of yeses and, let's say, maybes. It's as if the Academy knew what it had to do and gave one category the vaccine and the other category the placebo. Allow me to report that the vaccine works. Take it, other Grammy categories and committees... In this week of giving thanks, I find myself returning again and again to the music that's been playing nearly 24 hours a day—really—in the house where I've spent nearly the entirety of the past eight months. It's a cliché among music fans that when the electricity goes out and we can't play records or CDs or streaming files, we still have acoustic guitars and drums and winds and brass and our voices to carry us through. This year has served as an extended reminder of the reverse: When live music disappears, we still have our records and CDs and streaming files. Thank you, music gods, for that. Thank you, FIONA APPLE, one of those Best Rock Performance nominees and this year's most criminally overlooked candidate for a bigger nomination, for your 2020 masterpiece FETCH THE BOLT CUTTERS, which the Grammy snub sent me back to Tuesday afternoon. Still spectacular. Thank you to all my friends who have kept me company on the phone, on ZOOM, on motorcycle drive-bys and elsewhere, and who have been feeding me music all along the way. Thank you, JASON, for providing me with this forum, and thank you everyone who continues to read. I am blessed. So many ways to say thanks. MusicSET: "Thank You for Saying Thank You"... MusicREDEF will be off for the rest of the week for our own socially distanced Thanksgiving. The next newsletter will be in your inbox Tuesday Dec. 1... But Friday will still be FRIDAY, and for you Black Friday BANDCAMP and SPOTIFY shoppers, this one will bring new music from artists including JUICY J, YOUNG THUG, MILEY CYRUS, the JAHARI MASSAMBA UNIT, the SMASHING PUMPKINS, BILLIE JOE ARMSTRONG, ANE BRUN (Norwegian singer/songwriter's second full-length in four weeks), HATEBREED, OCTO OCTA & ERIS DREW and ERIC REED... My friend PIOTR ORLOV, whose music-plus newsletter, DADA STRAIN, will both warm and soundtrack your soul, recommends FRIENSGIVING MIXTAPE, an LA-centric music comp on Bandcamp that's raising money to support people experiencing food insecurity... Yes, you can still hear "ALICE'S RESTAURANT" on the radio on Thanksgiving Day, and you should... RIP HAL KETCHUM, GARRETT "i_o" LOCKHART and TM1WAY... Wishing you a safe and happy holiday.