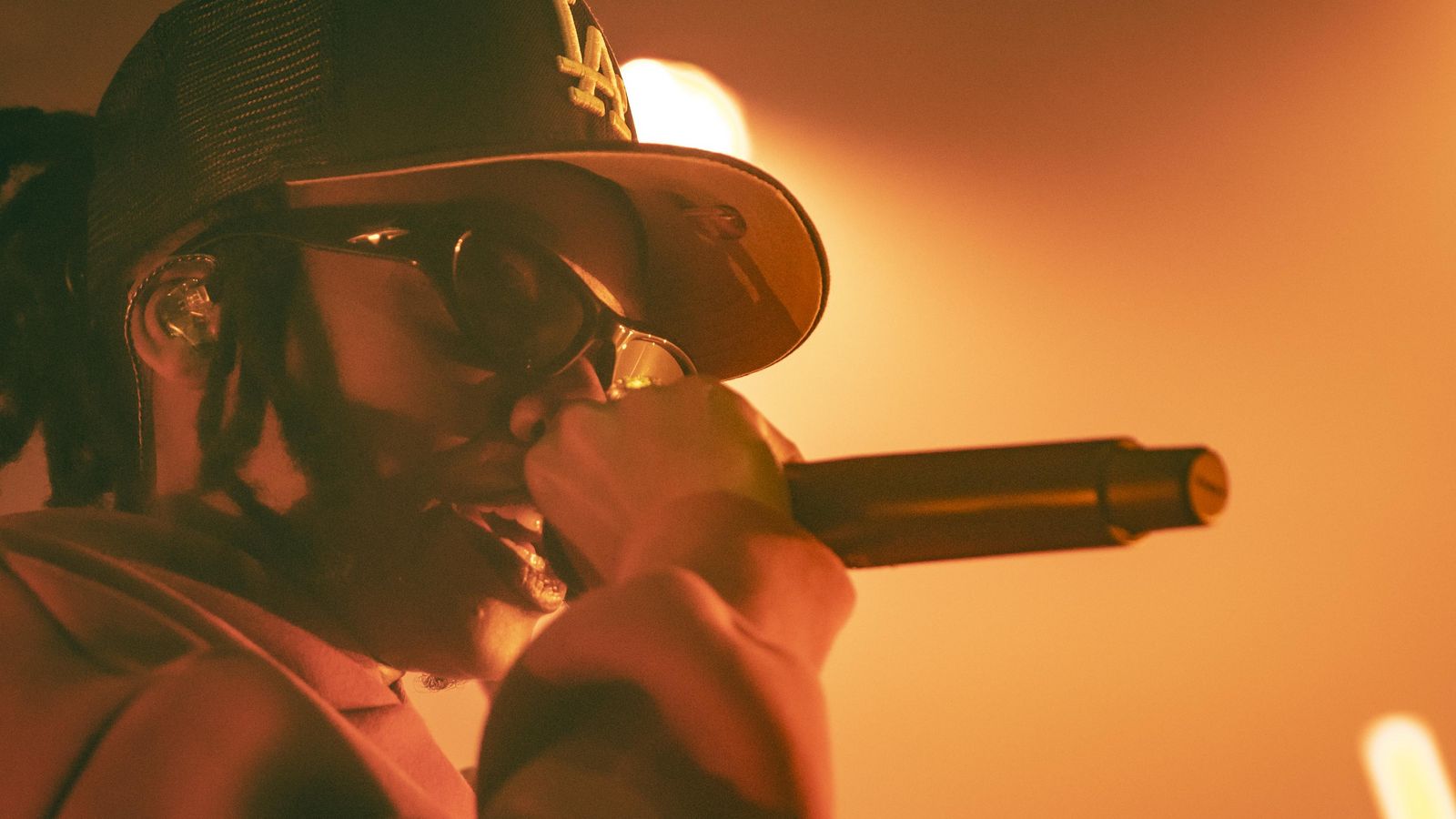 quote of the day
I feel like as a producer, you've always got to be open and receptive, looking for what's new and what's next and up-and-coming on the ground... You've got to break artists, you've got to bring new artists. That's a big part of your duty.
Metro Boomin
music
Twitter Facebook Email

Congratulations to music for proving, once again, it can get bipartisan support from a bitterly divided Congress. Both sides, it appears, appreciate a good beat you can dance to and/or a good melody you can hum along to. JIM JORDAN, the Ohio Republican who’s expected to become chairman of the House Judiciary Committee next year, told the committee Wednesday that music is “an important and critical part of American history and culture. It’s also a massive engine of commerce and is one of our most important cultural exports.” That seemed to put him largely in agreement with the current chair, Democrat JERRY NADLER of New York, who oversaw a vote that sent the AMERICAN FAIRNESS ACT, which would require US terrestrial radio stations to pay royalties to artists for the first time, to the full House. Which isn’t to say the act is going to become law anytime soon, if ever, or that US radio stations will be paying artist royalties anytime soon, if ever. Along with bipartisan support, the act has bipartisan opposition. The bill, and the idea behind it, doesn’t pit left against right in any clear way. It pits musicians and record companies against radio conglomerates, all of which have both blue and red support. Everyone agrees music is good. Everyone does not agree on how, or if, to pay for it.

This is far from the first time I’ve written in this space that the idea of not paying artists or even the copyright owners of the songs that constitute the entirety of many radio stations’ programming schedules—they do pay royalties to songwriters—is bonkers. Radio companies argue that their relationship with musicians is “mutually beneficial” and no money needs to change hands (even though it sometimes changes hands in the other direction). They say the royalties proposed in the Fairness Act—which includes protections for smaller commercial stations and college stations—would be financially devastating for a lot of stations and result in less music being played. Artist advocates note that radio royalties for artists are common outside the US, and even in the US for digital stations, and that the transition to a streaming economy has left a lot of musicians struggling. The arguments aren’t new to either the industry or to Congress. But the raised, coordinated voices of the artist community, which has been fighting for an equal share of revenues in a number of areas across the business, seems at least a little different. Which doesn’t mean bipartisan support will lead to actual bipartisan action this time. But maybe it inches everyone a little closer to that eventual action. Maybe.

Imagine the TAYLOR SWIFT ticketing fiasco but with the added stink of of SAM BANKMAN-FRIED’s crypto exchange, FTX. The Financial Times (paywall) reported Tuesday that Bankman-Fried and his team had been in discussions for months with Swift’s team about a $100 million plus sponsorship deal that could have included NFT tickets for her ERAS tour. SBF is “a fan of Tay Tay,” one of his employees told the newspaper, and he pushed for the deal. But more experienced execs at the company thought it was a terrible idea because FTX had already overpaid for too many other sponsorships and Swift’s fanbase didn’t seem to align with the company’s desired demo. The discussions fell apart a few months before FTX itself fell apart, much to the benefit, it would appear, of everyone involved. A source stressed to the Financial Times that Swift hadn’t, and wouldn’t have, agreed to actually endorsse FTX.... Investors in MERCK MERCURIADIS’ HIPGNOSIS SONGS FUND are wondering aloud if the once-ballyhooed music publishing fund, which will report quarterly results today, needs to rethink its strategy. Its stock price has nosedived in the past year, and among the investor suggestions floated in the Wall Street Journal (paywall) were stock buybacks and selling stakes in some of the fund’s catalogs. “That’s people saying, ‘We don’t believe in your valuation right now,’” one analyst told the Journal. Hipgnosis’ holdings includes songs by NEIL YOUNG, SHAKIRA and members of FLEETWOOD MAC, and the suggestion that it may have overpaid for some of them isn’t a new one.

PETER COOPER was probably best known (and loved) as a longtime country music journalist for Nashville’s the Tennessean, but he was also a singer/songwriter who was nominated for a Grammy for producing a Tom T. Hall tribute album and, for the last several years, an executive at the Country Music Hall of Fame. He “looks at the world with an artist’s eye, and a human heart and soul,” Kris Kristofferson once said. "Peter Cooper loved life, songs, stories and dreamers,” Kenny Chesney told the Tennessean... NAGRELHA, leader of the immensely popular Angolan kuduro group Os Lambas... JESS BARR, who before he opened his Twilite Lounge clubs in Dallas and Fort Worth had been the longtime lead guitarist for Texas country-rock band Slobberbone.