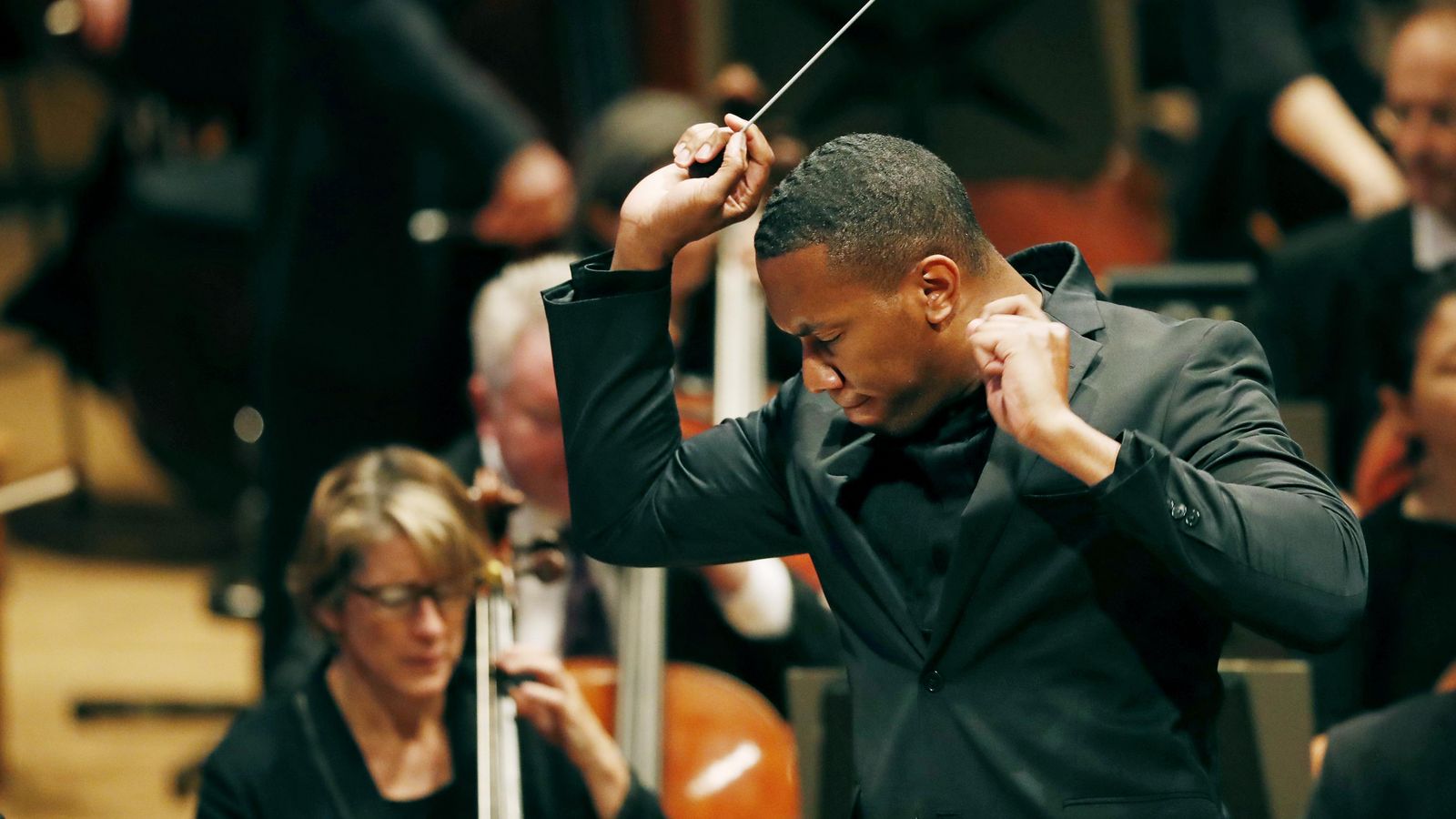 quote of the day
Classical music is not 'white' music. But given the rampant, systemic shutting out of black voices and black ideas, one wouldn't be at fault for assuming as much.
James Bennett II, WQXR
music
Twitter Facebook Email

In its 137-year history, the METROPOLITAN OPERA has never presented an opera by a Black composer. You can be acutely, painfully aware of the racist history of classical music—why should it be different than any other genre of music?—and still be startled by that simple fact. Not. One. Single. Work. By. A. Black. Composer. Huh. Wow. There is now, finally, one on the schedule, TERENCE BLANCHARD's "FIRE SHUT UP IN MY BONES," which would have opened in 2020 if not for the pandemic and will instead make its Met debut soon after live performances return. (Blanchard's opera, based on NY TIMES columnist CHARLES M. BLOW's memoir of the same name, had its world premiere in St. Louis last year.) Fewer than 2 percent of the musicians in American orchestras, meanwhile, are Black, and those 2 percent are sometimes made to feel less than welcome, based on the stories posted anonymously at the INSTAGRAM accounts @orchestraisracist and @operaisracist. (There are plenty of stories of mistreatment of Asian and Latinx performers, too, like the Asian tenor who "was told by my white male teacher at a prestigious east coast music school that I wouldn't be convincing as a human being on the stage.") As a measure of how far the road to equality will be, WQXR, the classical public radio station that serves New York and New Jersey, noted in a blog post in June that after quadrupling the amount of music by non-white composers on its playlist, "their music still only makes up a tiny fraction of overall airtime." All of this has been an open secret for some time, but those blog posts and Instagram accounts are signs of a new discussion triggered by this summer of protest. The classical world may finally be facing the music and trying to prove, to itself and to its audience, that Black voices matter. MusicSET: "Roll Over Beethoven: Classical Music Confronts the White Elephant in the Room"... I'm fascinated by the censoring choices in the "WAP" video. Two of the three words in the title acronym, sure, I guess. The standard, generally agreed-upon vulgarities, OK. But the word "stroker"? The phrase "that lil' dangly thing"? Are things that you say instead of the things you're not allowed to say now disallowed, too? Have euphemisms been canceled? "Spit"? "Gulp"? "Weed"? Did I miss the press release about the new censorship code? And did anyone notice the "whores in the house" sample running through the entire song, which isn't censored? Can men still call women that over and over and over but women can't talk about men's little dangly things even once? Is that the current state of affairs? Just asking... LIVE NATION CEO MICHAEL RAPINO's response to the BILLBOARD headline "Live Nation Is Stuck in a Pandemic. What Now?": "we wait till it's safe to start up"... RIP MARTIN BIRCH, GLORIA DENARD, ALAN PETERS, DAVE "MEDUSA" SHELTON and DIMITRI DE WIT.