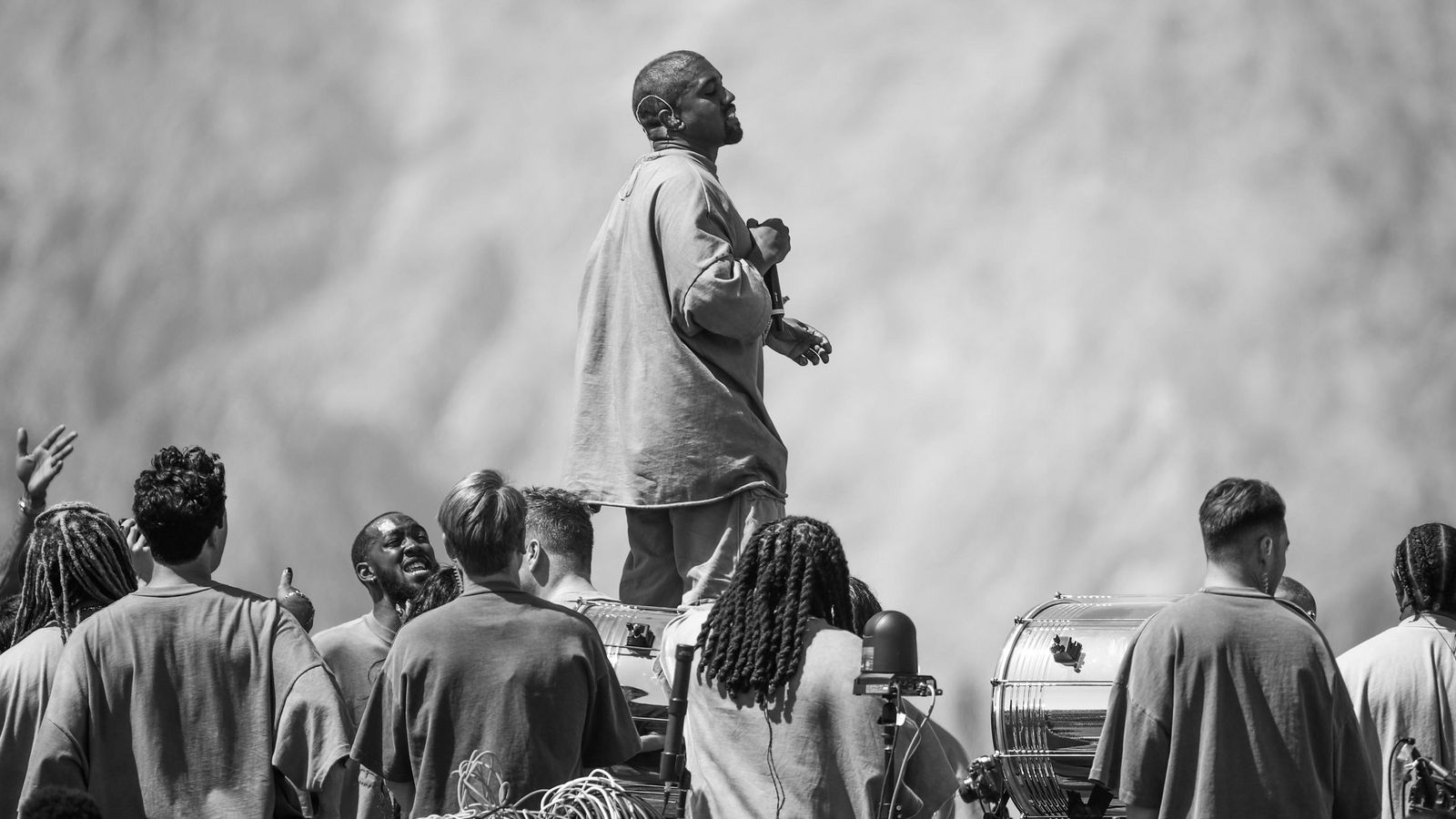 quote of the day
I lurk music a lot. I wake up every morning and spend two hours listening to music that I've never heard before.
Tyler, the Creator
music
Twitter Facebook Email

KANYE WEST is "unquestionably, undoubtedly, the greatest human artist of all time," according to Kanye West. "It’s just a fact." Call him the GHOAT, I guess. He said a lot of other words in an insanely long BEATS 1 interview with ZANE LOWE that you probably don't need to listen to unless you've been wondering if people who collaborate with him these days are allowed to have premarital sex (they are not), if he will be president one day (yes) and if GOD is using him to show off (duh). Think of him as LIAM GALLAGHER without the sense of humor, married to POSH SPICE and with way better music skills. Anyway, the interview was recorded on Tuesday and his album JESUS IS KING wasn't yet finished and it's now Friday and the album may or may not have been released this morning. This isn't the first time he's promised it. And even if it has been released, that doesn't necessarily mean it will still be available, say, tomorrow. Because, you know. But also, and this matters: GHOAT or not, the man has never made a bad album... If Kanye's album is in fact out and everything has gone according to plan, then you can click on every song on it in PANDORA and get a full list of songwriter, musician and producer credits. Pandora's credits rollout will be welcomed by artists, composers, labels and every music fan who's spent the last decade wondering what happened to liner notes. It may also confuse them. For now, it's web-only (it may be available on Pandora-for-Victrolas, too; I haven't checked) and nothing is hyperlinked, so if you want to know what EVAN SMITH has done besides playing saxophone on LANA DEL REY's NORMAN F***ING ROCKWELL, you're out of luck. You may also notice, while perusing that album's title song, that JACK ANTONOFF is credited as "producer," "associated performer," the oddly titled job of "composer lyricist" and the seemingly thankless one of "studio personnel," which may leave you wondering if he was getting coffee for everyone in addition to producing the session, which, to be fair, maybe he was. Elsewhere, BILL WYMAN is both "bass" and "bass guitar" and MICK JAGGER is both "vocalist" and "vocals" on the ROLLING STONES' "SLAVE," which is a bit much even for the greatest human rock band of all time. Is there an editor in the house? Tech companies gonna tech. But wouldn’t it be nice if a tech company that prides itself on delivering a particularly human experience in a cold digital world put a little more humanity into one of the most human pieces of its interface?... Also in liner notes nation, the RECORDING ACADEMY today launches its Behind the Record campaign, in which it's giving artists tools to create custom album and single covers with credits on them, for posting on social media. A nice human touch... "This is my 19th album and I'm still writing about cars," BRUCE SPRINGSTEEN tells us near the beginning of his unusual concert film WESTERN STARS, which opens today. The film, which functions as a sort of third act to SPRINGSTEEN ON BROADWAY, finds him performing the album of the same name with a country-rock band, a small orchestra and a mini-choir in a barn on his New Jersey property and talking about the songs, himself and America in solemn interstitials shot in the California desert. There's a lot of running away and running back home, both of which cars are good for. I'm not sure the songs need all that explanation—they tend to do a good job of introducing themselves—but the performances are intimate and wonderful. And speaking of coming home, they do a nice job of putting his wife and E STREET BANDmate PATTI SCIALFA at the center of his stage in a way the Broadway show could not. This Q&A with WARNER BROS. PICTURES chief TOBY EMMERICH is worth your time, and includes some great insight into Springsteen's relationship to cinema, Westerns in particular... So anyway it's FRIDAY and in addition to maybe Kanye (oh, he has a film, too) and definitely the Bruce soundtrack, that means new music from FKA TWIGS, ANNA MEREDITH, GALLANT, TEEBS, KING PRINCESS, DAVID BYRNE, BROOKE CANDY, NEIL YOUNG & CRAZY HORSE, VAN MORRISON, OLD DOMINION, GUAPDAD 4000, DESERT SESSIONS, MEEMO COMMA, REX ORANGE COUNTY, CIGARETTES AFTER SEX, KONRADSEN, SEBASTIAN, RINGO STARR, GREAT GRANDPA, MARY HALVORSON & JOHN DIETERICH, SUNN O))), ALCEST, PHIL CAMPBELL, LITTLE KRUTA, the GREAT OLD ONES, CLOAK, MAYHEM, ALLISON MOORER, GRACE POTTER, CARMEN LUNDY, the BAD PLUS, HARRY CONNICK JR., JAMES BLUNT, ANNA OF THE NORTH, STEVE HAUSCHILDT, DRY CLEANING, LITTLE SCREAM, BLACK MARBLE, MIKAL CRONIN, HEMLOCK ERNST & KENNY SEGAL, NEGATIVLAND and ANTHONY RAMOS... RIP DAVE KING.