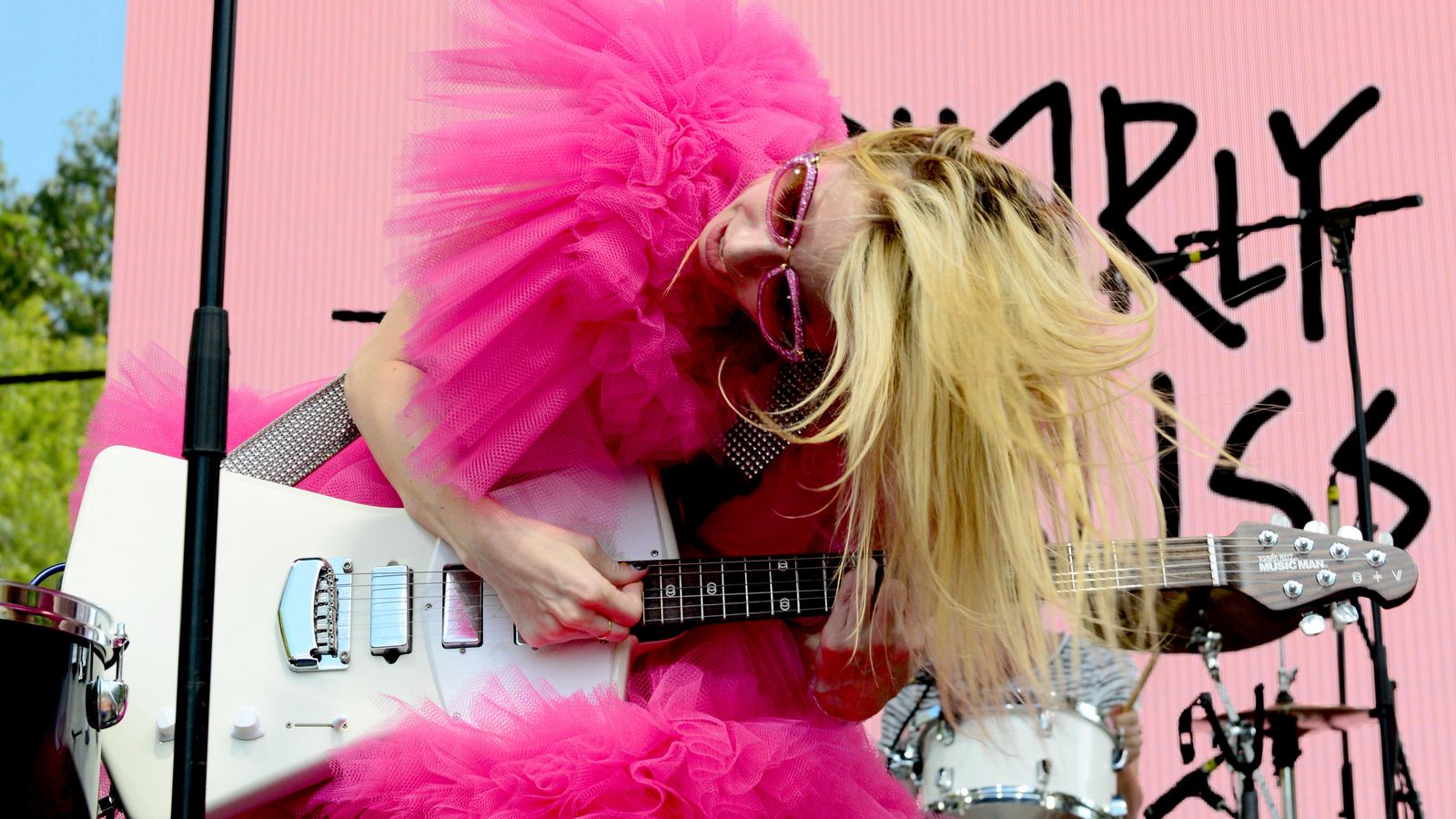 quote of the day
The more I sing it, the more I really do believe what I'm saying. That's how pop music works: You put your headphones on and steal this little bit of invincibility for yourself.
Eva Hendricks, Charly Bliss frontwoman, on "Chatroom," a song about surviving sexual abuse
music
Twitter Facebook Email

I quite literally can't imagine what it’s like for a woman to experience sexual assault, or what it's like to tell the world about that experience in a song, or what it's like to sing that song every night to a live audience that may or may not include a group of drunken men who've been heckling the singer all night. There are way too many women who can. Major respect to the five artists who went on the record with PITCHFORK's JILLIAN MAPES to talk about surviving and singing in the #METOO era, an era in which there's been an unusual proliferation of songs addressing abuse and abusers. By Mapes' reckoning, musicians haven't responded to abuse on this scale since the 1990s, the era of riot grrrl, TORI AMOS and ANITA HILL. There's a lot of strength and catharsis on display in the stories of JESSE REYEZ, STELLA DONNELLY, CHARLY BLISS' EVA HENDRICKS, CAMP COPE's GEORGIA MCDONALD and PALEHOUND's ELLEN KEMPNER, who all deserve to be heard. There's plenty of brutal truth, too, much of it about men in the music business. And there's some unexpected beauty, like the three drunken men whom Donnelly asked to be quiet for just three minutes while she played "BOYS WILL BE BOYS." "They were super responsive to that," she tells Mapes. And when the song was over, one of them said to his mates, “Well, she’s got us there, lads.” "I couldn’t help but laugh," the singer says. "These really unsuspecting kind of dudes got it!" Here's hoping many more dudes read this story and that at least some of them get it... Meanwhile in the UK, the MUSICIANS' UNION surveyed 725 mostly freelance musicians in September and found that nearly half of them have experienced sexual harassment on the job and 85 percent of those victims haven't reported it, for reasons including fear of not being believed and fear of losing work. The union is calling on the UK government to extend discrimination and harassment protection to freelance workers, which the vast majority of the country's professional musicians are... Songwriting credits are slippery and subjective, which is why the dispute over the credits to LIZZO's "TRUTH HURTS" is so interesting. The song's most famous line originated in a tweet that someone turned into a meme that someone saw while Lizzo was in a songwriting session with four other writers. That session produced an unreleased song called "HEALTHY." Lizzo later repurposed the line for "Truth Hurts." No one disputes those basic facts, but Lizzo's team and three of the writers of "Healthy" bitterly disagree over who exactly did what in the original session and who, therefore, is deserving of credit for the hit that came later. The word "therefore" in that sentence may be the most subjective, and leading, word in this item, as any music lawyer or publisher could tell you. My sympathies are with both camps. Lizzo on Wednesday proclaimed the song "my life" and "my truth" while giving a writing credit to the original tweeter, MINA LIONESS, but "not these men." One of these men says Lizzo is "one of the most talented people" he's ever worked with, and he wants 5 percent of the royalties. She's suing all three... The members of the emo band YELLOWCARD want writing credits and upward of $15 million in damages for JUICE WRLD's "LUCID DREAMS" in the most bonkers plagiarism claim that's made the news in recent memory. In addition to the song itself, which they believe is cribbed from their "HOLLY WOOD DIED," the bandmembers want a piece of Juice WRLD's income from tours and other public appearances, which they say the song made possible, which is, um, let's just say the word "bonkers" in the previous sentence is not meant to be subjective. Also, can the members of SUNNY DAY REAL ESTATE claim damages for Yellowcard's entire career?... This is the most honest tour cancellation announcement ever and is awesome.