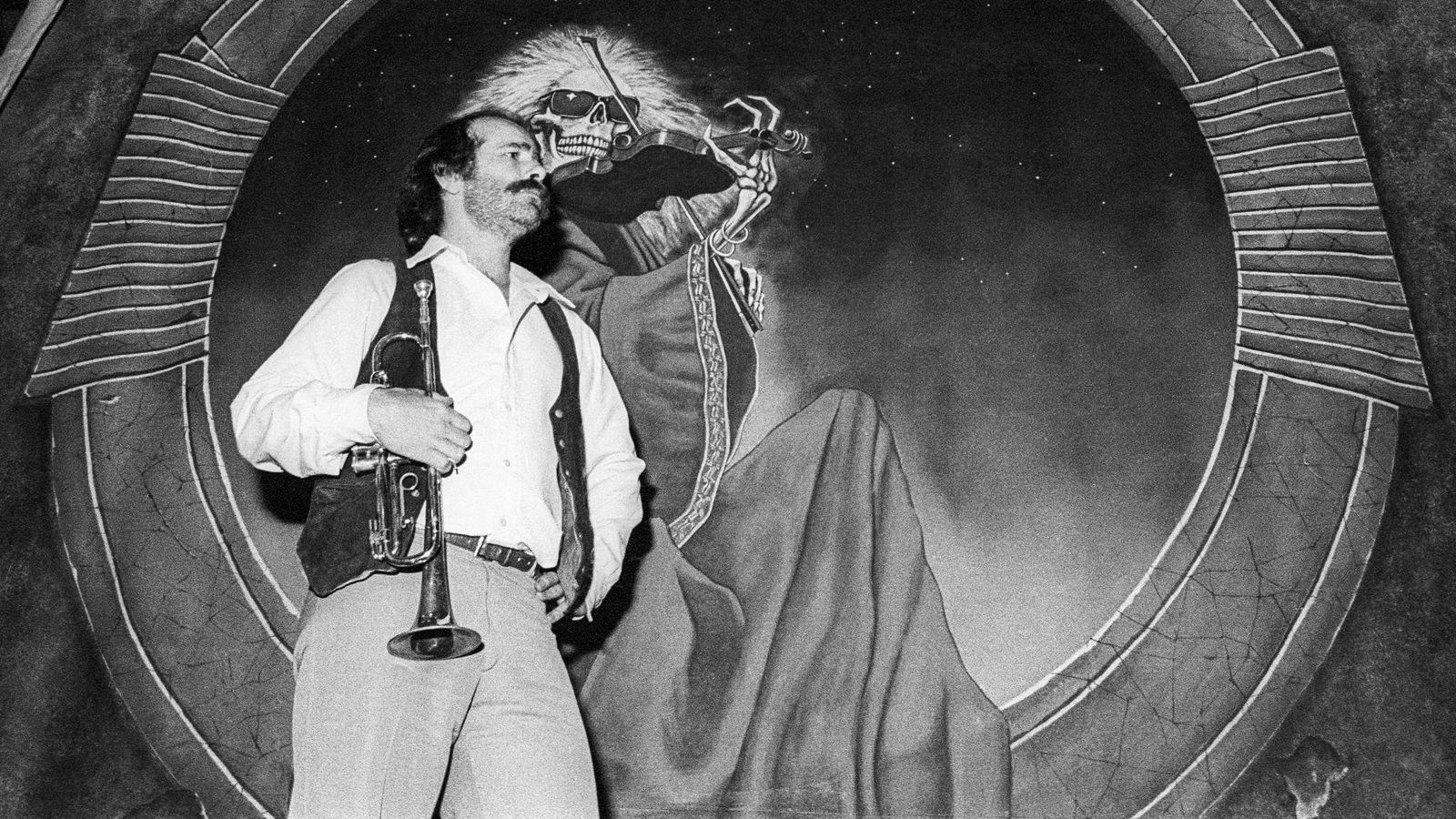 quote of the day
He's real aware of my consciousness. He writes songs for me that say what I would have said if I had any kind of agility with language, which I unfortunately don't.
Jerry Garcia, on Robert Hunter
music
Twitter Facebook Email

"Could I write a book about you?," ROBERT HUNTER asked his longtime songwriting partner JERRY GARCIA in a long, revealing, beautiful open letter a year after the latter's death. They had worked together for decades, lived together for a time and spent much of their creative lives speaking for each other, in a way. I use the words "speaking" and "for" loosely. "I have a preference," Garcia once said, "for the ambiguous." They had lived and worked at close proximity at first and at a distance later on, writing American classics from "DARK STAR" and "RIPPLE" to "SCARLET BEGONIAS" and "TOUCH OF GREY." Hunter, the only person inducted into the ROCK AND ROLL HALL OF FAME as a nonperforming member of a band, died Monday. He wrote songs for the ages with bandmates BOB WEIR and PHIL LESH, too, but Garcia was his musical soulmate and most enduring collaborator. Their roles were separate but intertwined. "I edit some of [his lyrics] mercilessly," Garcia said, sometimes because they were way too long for a song, even a GRATEFUL DEAD song, and sometimes in search of the mystery and ambiguity beneath Hunter's mythical American landscapes and stories. Hunter sometimes rescued Garcia's musical scraps—Garcia was a somewhat reluctant songwriter—by insisting they should be songs and making them so with his words. Sometimes a complete set of lyrics, sometimes just enough to get the band going and then he'd return later to fill in the blanks. Garcia established a songwriting ethos: "I wrote once about 'cue balls made of Styrofoam,'" Hunter remembered in 2015. "Jerry took objection to the word Styrofoam. He said, 'This is so uncharacteristic of your work, to put something as time dated as Styrofoam into it.'" It's no accident their work has endured. It was meant to. "You knew," Hunter wrote in that open letter, "one decent song was worth a dozen cobbled together pieces of s***. Pop songs come and go, blossom and wither, but we scored a piece of Americana, my friend. Sooner or later, they’ll notice what we did doesn’t die the way we do." Both men knew the songs could speak for themselves, and could speak for them, too, in a way that, say, a book could never do. Hunter answered his own question: "Could I write a book about you? No. Didn’t know you well enough. Let those who knew you even less write them." RIP... After Garcia's death, Hunter wrote with artists including ELVIS COSTELLO, BRUCE HORNSBY, JIM LAUDERDALE and, most notably, BOB DYLAN. All but one song on Dylan's 2009 album TOGETHER THROUGH LIFE are Dylan/Hunter collaborations. "He’s got a way with words and I do too," Dylan said. "We both write a different type of song than what passes today for songwriting"... Asked to name "a favorite lyric or line," he said: “'Let it be known there is a fountain that was not made by the hands of men.' That’s pretty much my favorite line I ever wrote, that’s ever popped into my head. And I believe it, you know?"... While other American opera companies and orchestras canceled upcoming performances by PLÁCIDO DOMINGO, who was accused six weeks ago of sexual misconduct by multiple women in multiple opera companies, New York's METROPOLITAN OPERA stood by him, with a starring role in a production of VERDI's MACBETH scheduled to open tonight. But under increasing pressure from fellow performers and employees, Domingo's half-century tenure with the country's most prestigious opera company came to an end Tuesday, with Domingo saying, "I have asked to withdraw and I thank the leadership of the Met for graciously granting my request," and the Met saying, "The Met and Mr. Domingo are in agreement that he needed to step down.” He's accused of groping and sexually harassing women and professionally punishing some who rejected his advances. He denies the accusations... The BALTIMORE SYMPHONY will open its season this weekend after settling a bitter, summer-long labor dispute with musicians... RIP JON BOX.