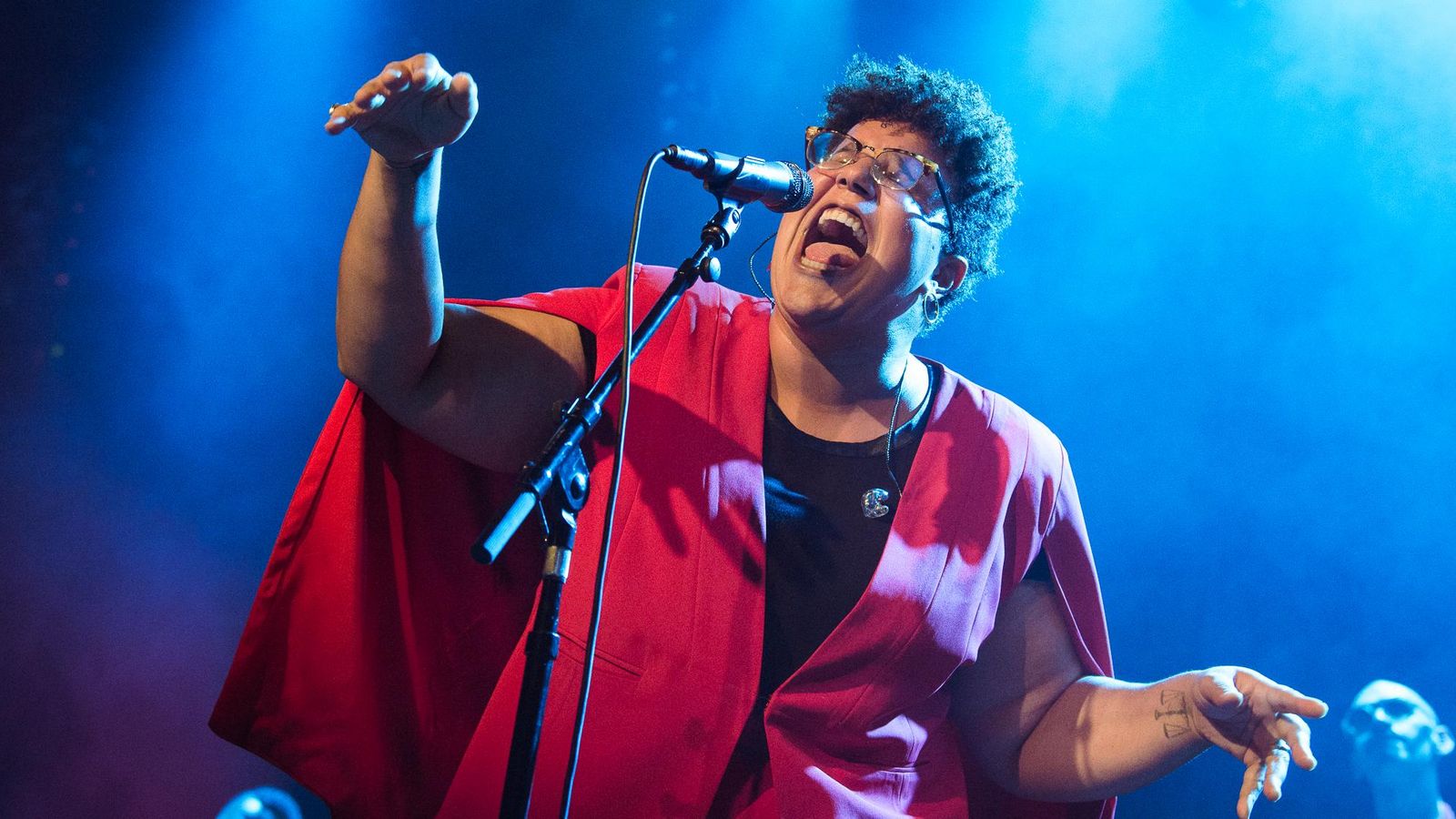 quote of the day
I could've very easily probably made the same record five times by now and just gone right down that middle lane and played it safe, and I'd have $80 million in the bank. And I'd probably be hanging from a f***ing rope on one of these trees over here by now, you know what I mean? So it's not worth it.
Sturgill Simpson
music
Twitter Facebook Email

It's September and BILLBOARD is still trying to defend its decision to kick LIL NAS X's "OLD TOWN ROAD" off its Hot Country Songs chart in March. And still struggling. The magazine's "Old Town" decision sidebar to its well-done cover story on Lil Nas X's current and future plans (in short: trust your instincts, diversify, don't be GOTYE) is, on one hand, a decent enough explainer of the basic process. On the other hand, there's the process, which, while the four words "listen to the song" do come up, doesn't seem to involve a lot of listening to the song. There's a lot of thinking about "how the music industry markets and promotes music" and "how fans consume and gravitate" to music (pro tip: one of those things affects the other thing), along with artists' chart histories (not super helpful with a newcomer), and what streaming services are doing with the song. There's a lot of industry and not a lot of music. This is an odd way to explain/defend decisions in the middle of PBS' rollout of KEN BURNS' COUNTRY MUSIC, which is doing a fairly convincing job of showing how the country industry historically has marketed and promoted people of color out of its story. Timing matters. Perception matters. And this is entirely about how a certain artist and a certain song are perceived. It's never been about the words or the music. The magazine's charts VP, SILVIO PIETROLUONGO, says his team reached out to SONY NASHVILLE, the country sister of Lil Nas' label, COLUMBIA, and was told it wasn't involved in the project, which seems to have carried a lot of weight in the decision-making process. But the cover story has an interesting anecdote from Columbia GM JENNIFER MALLORY, who says the label wanted to do a remix early on with a current country star, specifically to target country airplay. But Lil Nas had already floated a name, BILLY RAY CYRUS, in his social media, and the label decided to follow his lead. Interesting factoid about Billy Ray Cyrus: He may not have been current six months ago, but he was most definitely country. His chart history and marketing history will back me up on this. So the label simply replaced the idea of current country star with the reality of vintage country star. And that single decision to go with "Achy Breaky Road" rather than, say, "Beautiful Crazy Road" seems to have indirectly signaled to Billboard that "Old Town Road" wasn't a country song. Billy Ray Cyrus raps on "Old Town Road," but it's the twangiest, countriest rap you’ve ever heard. There have been way more convincing raps on country radio. And way less convincing country songs. And still no "Old Town Road." Not that Lil Nas X has reason to care anymore. But for a long time, he did... Lil Nas X is nowhere to be found on FORBES' list of 2019's highest paid hip-hop acts, which either shows that 19 weeks as the #1 song in the country doesn't go as far it used to or that Forbes doesn't consider him a hip-hop act any more than Billboard considers him a country act. All such lists should be taken with a large grain of salt—the president is more likely to hand over his tax returns to a Forbes reporter than any of these guys are—but the news on this year's list is that KANYE WEST has passed JAY-Z for the #1 spot, with estimated earnings of $150 million, based largely on an estimated $1.5 billion in sales of YEEZY shoes. I am in the wrong line of work... DAVE's PSYCHODRAMA wins the MERCURY PRIZE... ROBBIE ROBERTSON carries his "WEIGHT" around the world... It's FRIDAY and that means new music from BRITTANY HOWARD, LIL TRACY, TOVE LO, GASHI, CHASTITY BELT, M83, BLINK-182, VIVIAN GIRLS, GUILLERMO KLEIN Y LOS GUACHOS, KEMBA, HISS GOLDEN MESSENGER, LORAINE JAMES, VIOLET, LIAM GALLAGHER, KEANE, JOE ARMON-JONES, ROBBIE ROBERTSON, the ZAC BROWN BAND, SHIGETO, CULT OF LUNA, AS I LAY DYING, EXHORDER, WHITE WARD, MOLLY SARLÉ, SKYZOO & PETE ROCK, CASHMERE CAT, the JUAN MACLEAN, SOFI TUKKER, HERB ALPERT, PONCHO SANCHEZ, SINÉAD HARNETT, FITZ & THE TANTRUMS, MUDHONEY, COLT FORD, FLY PAN AM, SAMANTHA FISH, TORONZO CANNON, HUA LI, TRAVIS THOMPSON, GERRY BECKLEY, the first new GANG STARR track in 16 years and a live album of the WHITE STRIPES' final show... A programming note: MusicREDEF is taking a long weekend to say our final goodbyes to summer; we'll be back in your inbox Tuesday morning.