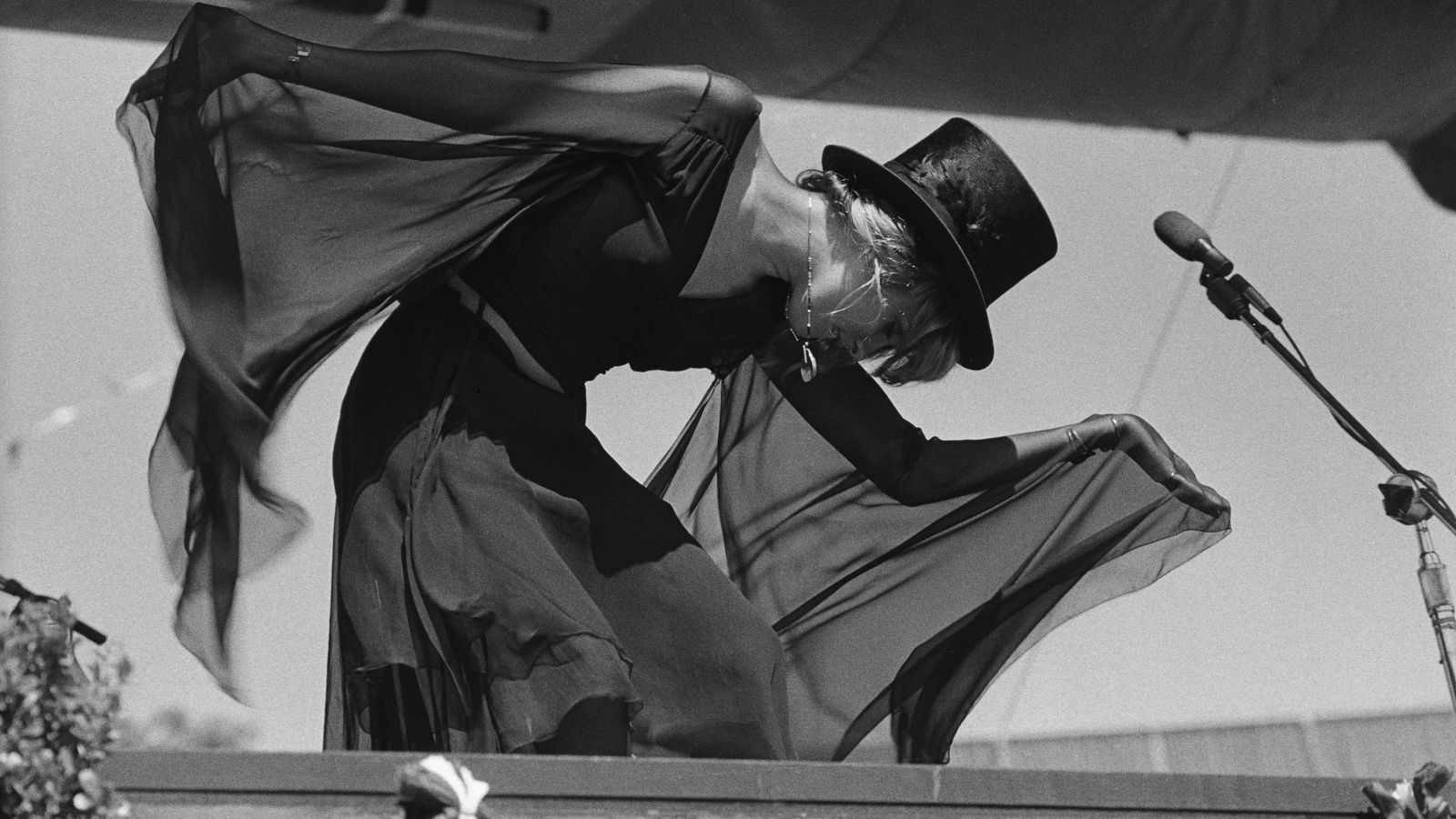 quote of the day
The rock and roll people I [dated] – they didn't understand my life. You would think they would have, but they didn't. They weren't all that different than your normal lawyer, because they thought, in the egos of men, that I would be giving up a part of my life for them. And I wasn't going to do that. I was also in a band that was equally as famous as their bands, so that wasn't going to work for them.
Stevie Nicks
music
Twitter Facebook Email

I'm all for personalization. If SPOTIFY could show me a shelf of my current favorite tracks, albums and playlists every time I signed on that actually looked like a shelf of tracks, albums and playlists, I'd be all in. If it could figure out which piece of content that starts A-N-T-I I'm most likely looking for when I type those letters in a search box, I'd reach into my digital wallet and give the app a tip. If a gruff but enthusiastic Spotify voice could come over my smart speakers at a random but appropriate moment and say, "Dude, have you heard the new LION BABE single? I think you'd love it," I'd faint, quit my job and move to Sweden. But sometimes I really, really don't want personalization. Like when I decide to click on my preferred ANTI. I don't want to hear the re-sequenced version of the album that Spotify thinks would be best for me, and I don't want to start on track 2, no matter how great track 2 is. If I wanted that, I would've clicked directly on it. I want to hear the album RIHANNA actually made, sequenced and mastered. That was the intention of my click. Likewise any of the playlists that I follow. I follow them because I like the music and the flow and/or I like and trust the curator. The unspoken agreement between me and them is they'll put thought and effort into the playlist and I'll listen. Period. That's it. I hate this. Labels love this, I'm told, because it's a way to get more tracks and therefore more labels on any given playlist. But who wants that kind of democracy? I want the four most interesting, pertinent, appropriate tracks you've got, not one from each of the three major labels and one from a token indie. Does anybody not want that? (Also, isn't it a bit of a tracking mess for a label to know song X is on 72 playlists but not know how many of each playlist's followers will ever see it?) I want flow. I want to know that flow mattered to the person or entity that made the playlist. And I want to hear the same HOT COUNTRY playlist that everyone else in the community hears. If I find out that most listeners get a version of this week's Hot Country with exactly four women on it (there are north of 50 tracks in total), but a carefully chosen subgroup—let's call them progressives—get more like 15 or 20 women, I will scream and yell and write angry tweets. I want my curators to lead. If they're just passively following me, why exactly am I following them? How does that even make sense? Then again, users apparently respond well to the general idea of personalized playlists, at least according to the metrics that matter to the business, so maybe it's just me. Maybe I'm old and stodgy and no fun. I don't know. Either way, get off my streaming lawn... I've met few execs in recent years who are as zealously committed to making life better for songwriters and musicians than the team at DOWNTOWN MUSIC and SONGTRUST. Congrats to them on the purchase of CD BABY parent AVL for a reported $200 million (!), which I'd like to think, and I do think, is the kind of merger/acquisition that benefits everyone... Proposed design for what would be the largest indoor concert venue in England. The futuristic, skyline-altering MSG SPHERE, which looks like either the largest golf ball ever built or the smallest Death Star, would be twins with MSG's other Sphere, now under construction in Las Vegas... In southern California, freeways shape music, duh, but also: Music shapes freeways...Do you want to argue with RZA about this? I don't.