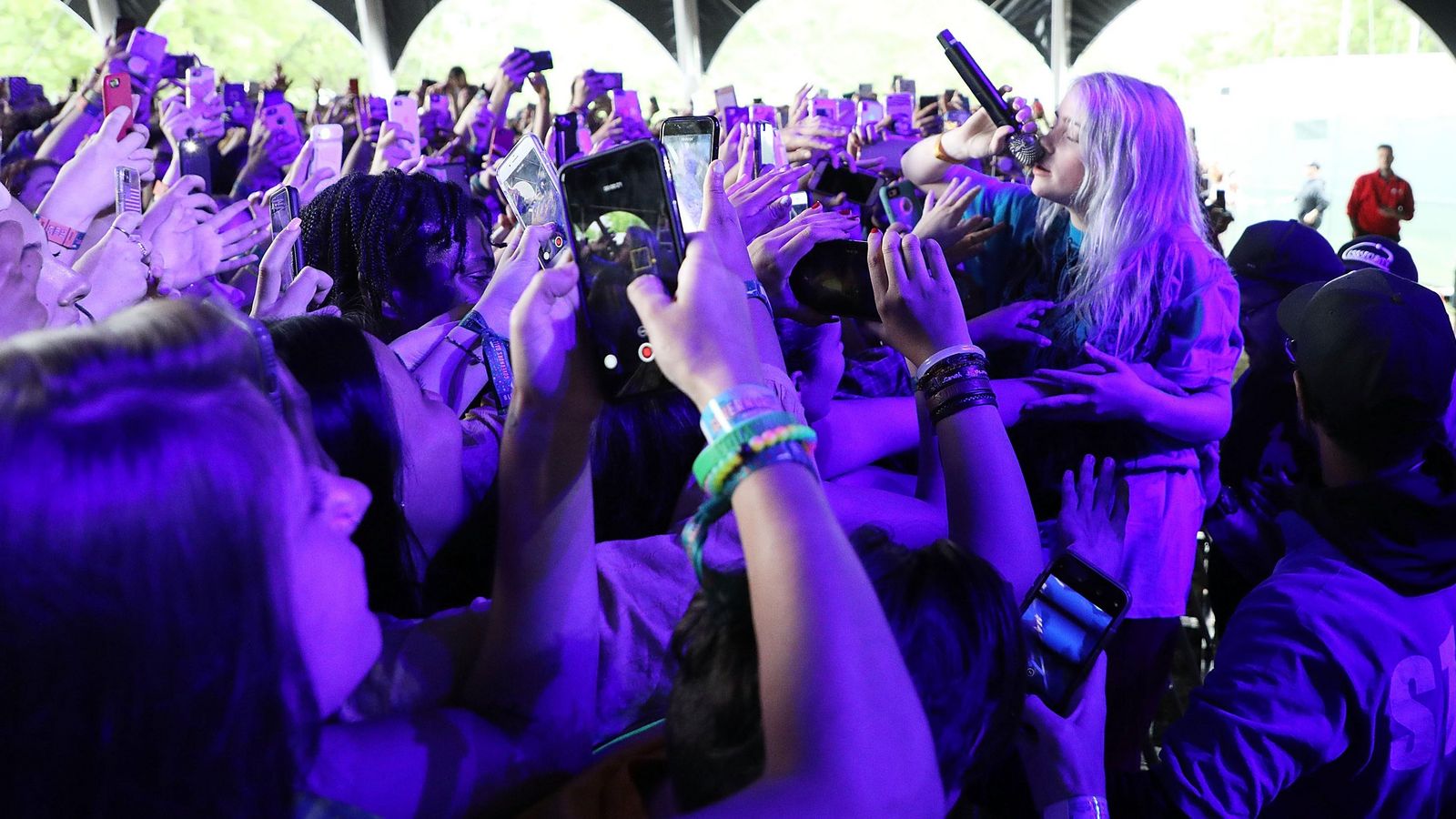 quote of the day
Growing up doesn't rock, but being grown does. Being able to drive? Uhh, fire. Being able to go to the store and just buy the thing that you want? That's crazy!
Billie Eilish
music
Twitter Facebook Email

Buzzword alert: From CARDI B at the Palms to KACEY MUSGRAVES at the Ryman to MORRISSEY at the Lunt-Fontanne, it seems like everyone with a record out wants to have a residency in 2019. Even if it just means booking three or four shows in one place and calling it that. Residency sounds sophisticated, important, adult. Pop singers have three-night stands. Serious artists have residencies. So, um, sure. But what exactly is the difference? MARSHMELLO, who reportedly has a $60 million deal with Las Vegas' Palms casino and its new club, KAOS, is putting the density in his residency with poker chips that will feature his likeness, as well as table felts, menus and possibly a "Marshmello-themed dessert store," according to FORBES. So that seems worthy of the name. As long as the store sells extended and remixed s'mores, that is. Musgraves, for her part, had a different surprise guest for each night of her four-night run at the home of the GRAND OLE OPRY: HAYLEY WILLIAMS, CEE-LO GREEN, BROOKS & DUNN and NATALIE PRASS. That's fun. AEROSMITH has booked 35 (!!!) shows at the Park MGM between April and December, so that would seem to qualify. Maybe Morrissey will, I don't know, reunite the SMITHS. Ask him. He can't say no, if I recall correctly. Here are some other suggestions for residencies in 2019, in case any promoters are reading: GRETA VAN FLEET 10 nights at HEADLEY GRANGE in Hampshire, England, and another 10 at the EDGEWATER in Seattle. LADY GAGA and BRADLEY COOPER five nights, anywhere, double-billed with BARBRA STREISAND and KRIS KRISTOFFERSON. BEYONCÉ, and only Beyoncé, at halftime (or the seventh-inning stretch) of all sports championship events, wherever and whenever they may be... .. Bandname buzzwords: Baby (for rappers). Rat (for rock bands). Someone might want to start a rap-rock band called Ratbaby, stat... The TRIBECA FILM FESTIVAL will open April 24 at the APOLLO THEATER with a documentary about the Apollo. Also on the Tribeca slate: docs about D'ANGELO, SUBLIME, MICHAEL HUTCHENCE, LINDA RONSTADT, SHANNON HOON, BILL WYMAN, OTHER MUSIC, hip-hop fashion and a stolen STRADIVARIUS violin... GAYLE KING, who interviewed MICHAEL JACKSON accusers and defenders last week on CBS THIS MORNING, turns her attention to R. KELLY this week, with Kelly's first interview since he was arrested in Chicago on 10 counts of aggravated sexual abuse airing this morning and tomorrow morning. The interview, already taped, does not appear to have gone well... RIP SARA ROMWEBER , MIKE WALKER and JOSEPH FLUMMERFELT.