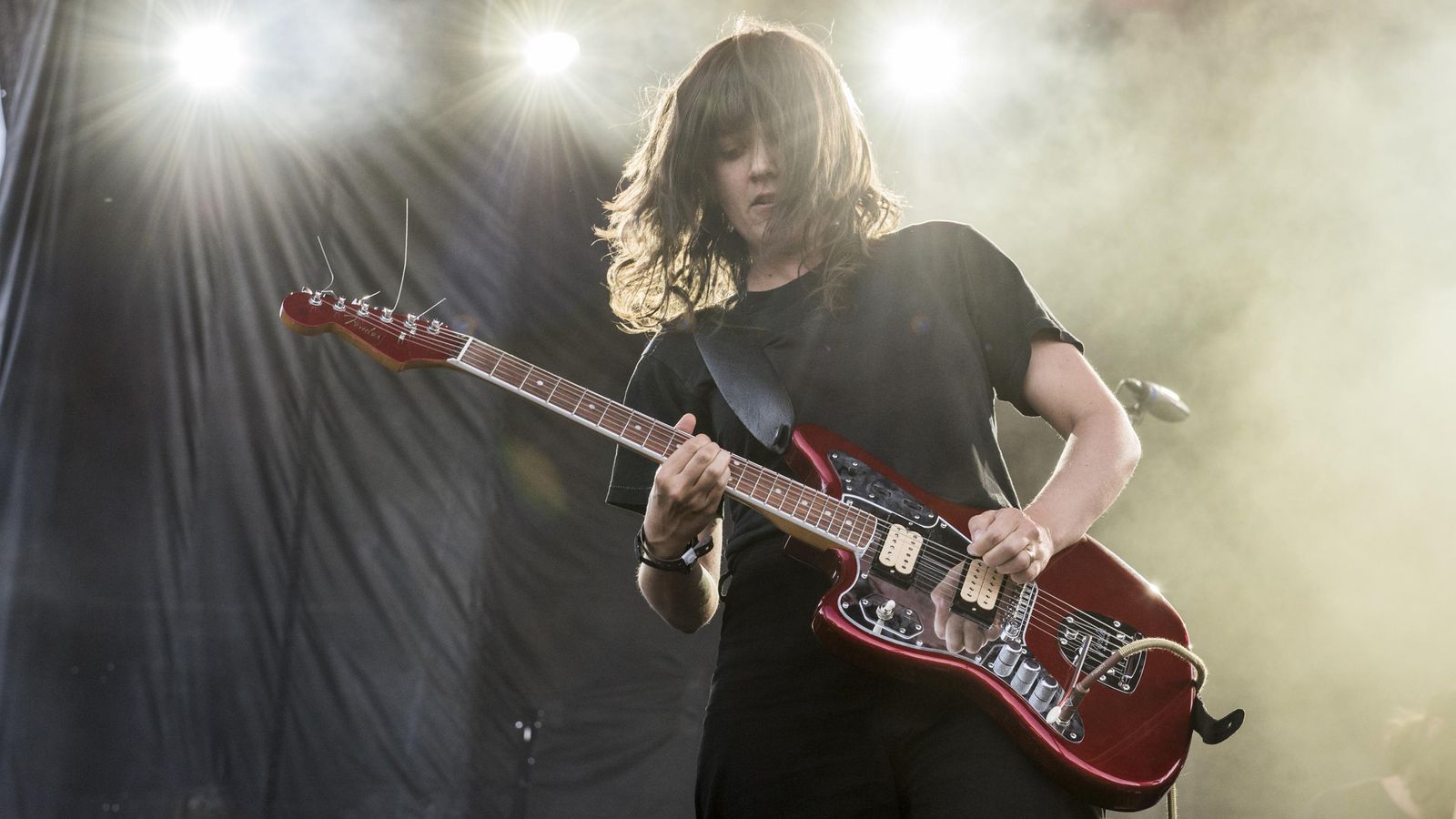 quote of the day
I'm disappointed, I'm appalled, and brother, I am unbelievably hurt by the fact that you have morphed into something, to me, that's not real.
Van Lathan, "TMZ Live," to Kanye West
music
Twitter Facebook Email

How many iconic music brands can go bankrupt in one day? Tuesday started with a venerable guitar company (not unexpectedly) filing for Chapter 11 protection, and before the day was over a venerable and outspoken hip-hop superstar had (unexpectedly, as is to be expected) gone on live television to deliver one of the worst history lessons ever, leaving pop fans to wonder if you can formally seek protection from moral bankruptcy... As for the literal bankruptcy, while there are legit issues in the guitar market, from the cultural relevancy of the instruments to environmental sensitivities about the trees needed to make them, there's no indication that anything is particularly wrong with GIBSON's guitar business. It has a 40 percent market share in high-end guitars and sales were up 10.5 percent in 2017. But the company's attempt to become a lifestyle brand and to expand into other areas including DJ equipment left the company over-leveraged and cut deeply into its profit margins. Just because the cool kids are selling their guitars and buying turntables is no reason, it turns out, for a major guitar company to get into the turntable business. Sometimes, like NEIL YOUNG or DAVE GROHL, you have to double down on what you know. Gibson, accordingly, says it will shut down its Innovations unit, which includes pro audio and DJ products, in its attempt to turn itself around. Analysts expect it to shed CEO HENRY JUSZKIEWICZ, too, somewhere along the way... Meanwhile, on the very day the WASHINGTON POST's CHRIS RICHARDS assured us we had "survived the longest month in rap history," KANYE WEST remixed the news cycle so completely and irreversibly that we could confidently declare, at mid-day on May 1, that this month will be longer. He's one of the 21st century's most important musicians. He's a visionary thinker. He's spent a good number of hours straddling the line between provocative and stupid. Which are context, but not justification, for the fact that he went on TV and kinda sorta blamed slavery on the slaves. Any benefit of the doubt he's carried through the past week of stepping into the muck of American politics has now been officially used up. But every SARAH SANDERS gets the MICHELLE WOLF she or he deserves, and Kanye's is TMZ staffer VAN LATHAN, who scorched him, face-to-face, with all the anger and pain that hip-hop nation has been feeling lately. A truly cathartic, and important, moment. Lathan was, in a sense, the TMZ version of T.I. in Kanye's "YE VS. THE PEOPLE." But where T.I., even in his political opposition, was contributing as a faithful member of team Kanye, Lathan was us. And the reason this matters in the first place is us. Kanye West isn't a random pop star. He's a smart, important cultural figure whose words and actions matter to us. MEDIAREDEF's JASON HIRSCHHORN goes deep on what it's like to be let down by an artist you admire (please read that right now; I’ll wait)... More biz news: SONY has sold half its SPOTIFY shares. BILLBOARD estimates the potential payout pool to artists and distributed labels from those sales is north of US $500 million. A lot of ifs in that potential, obviously... SHURE says it will stop making phono cartridges this summer... RIP JOHN "JABO" STARKS.