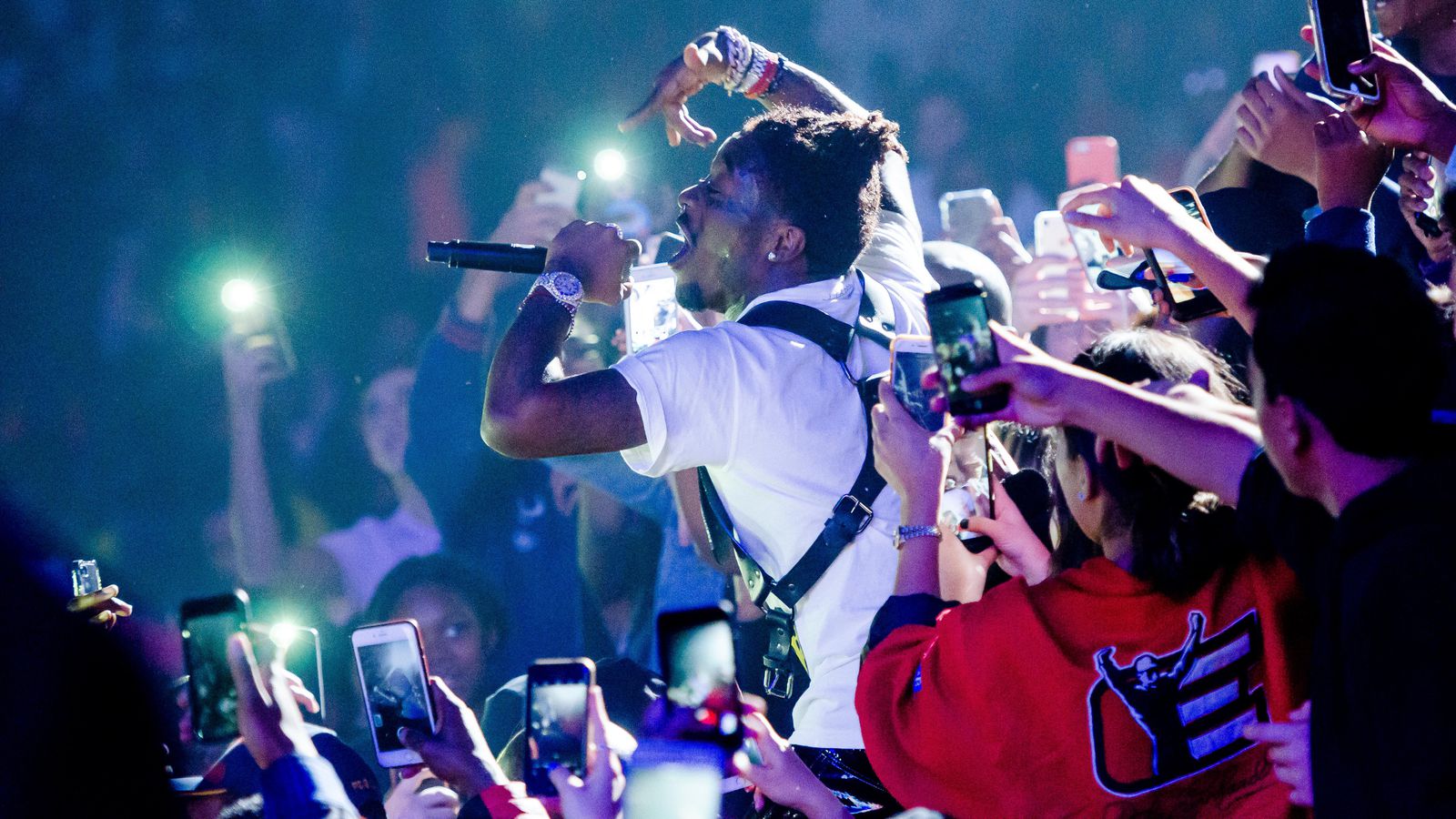 quote of the day
I'm a woman who works in an industry that clumps all women together and treats us like we're a 'genre.' A girl with a guitar is not just a human being standing on a stage—she is quite literally a girl with a guitar... who will be referred to as such on numerous occasions and asked millions of times what it 'feels like' to be herself.
Bethany Cosentino, Best Coast, 'Consider 2017 the Year of Male Consequence'
music
Twitter Facebook Email

Songwriters, session musicians, recording engineers, publishers, record companies and pretty much everyone who's ever set foot in a recording studio (or in front of a DIY producer's laptop, as the case may be) have been yelling at streaming services for years, demanding they add liner notes. A lot of fans want them, too, judging by the enthusiastic social media reaction to reports late last week that TIDAL actually has them. This isn't new, it turns out, but came to the attention of BILLBOARD and others when Tidal sent out a press release Friday saying basically, "Hey! Guess what we've got!" So now everyone knows. And it's welcome news. And it's very much a work in progress. Click on Tidal owner JAY-Z's current album, 4:44, and you can see a long page with track-by-track credits. But click on the same button on any individual track on that album and you get basically nothing; those clicks won't even tell you who the dude rapping is. And who is this "S. CARTER" person? Does Tidal really not know his first name? Click on S. Carter's wife's LEMONADE and it's basically the same deal, except good luck reading those credits, huge blocks of capital letters that appear to be cut-and-pasted from a word document. Anyone have a spare style guide? TAYLOR SWIFT's new single? Tidal can tell you who wrote it and which four publishing companies own pieces of it, but not who sings it, who plays on it or who produced it. And so on through the Tidal catalog of new and old music, with sometimes helpful, sometimes random, sometimes null results that will remind you of what you perhaps already knew: The labels who could/should be sending Tidal this info don't necessarily have it themselves, at least not in the kind of readable form that they could send to a dozen streaming companies expecting everything to show up in the right place. It takes an enormous amount of manual work to pull all this data together and organize it, and it's going to take 10 times that amount of work to do the one thing Tidal is hardly doing at all: linking all those names. Want to click around and see what else that "A. HOGAN" person who co-wrote KENDRICK LAMAR's "HUMBLE" might have written, or what GEOFF EMERICK might have engineered besides ABBEY ROAD? Good luck with that. Check back in in 2020, maybe. It's a noble cause, and Tidal deserves most of those hosannas it's getting. But it's a complicated cause, too, and one hopes labels and publishers are working as hard as Tidal to make it happen rather than simply asking for it. I wondered, clicking around Tidal over the weekend, if the service was answering the gimme-credit community's cries, calling its bluff, or both... BRAD PAISLEY speaks up and the CMA backs down... BIKINI KILL reunites... No, the fact that you are putting money in the pockets of morally compromised artists like CHRIS BROWN if you listen to their tracks on SPOTIFY or anywhere else does not pose a moral dilemma. If you don't want to reward them, don't play them. That's it. If your curiosity or your pop fandom or your professional interest requires you to listen to Chris Brown, then Chris Brown absolutely, unequivocally deserves to get paid... S. COMBS is now B. LOVE. Shoutout to the Tidal staffer who has go back into the system and change all those credits... If someone drops your name in a major pop hit without telling you, this is an appropriate, classy and awesome way to react.