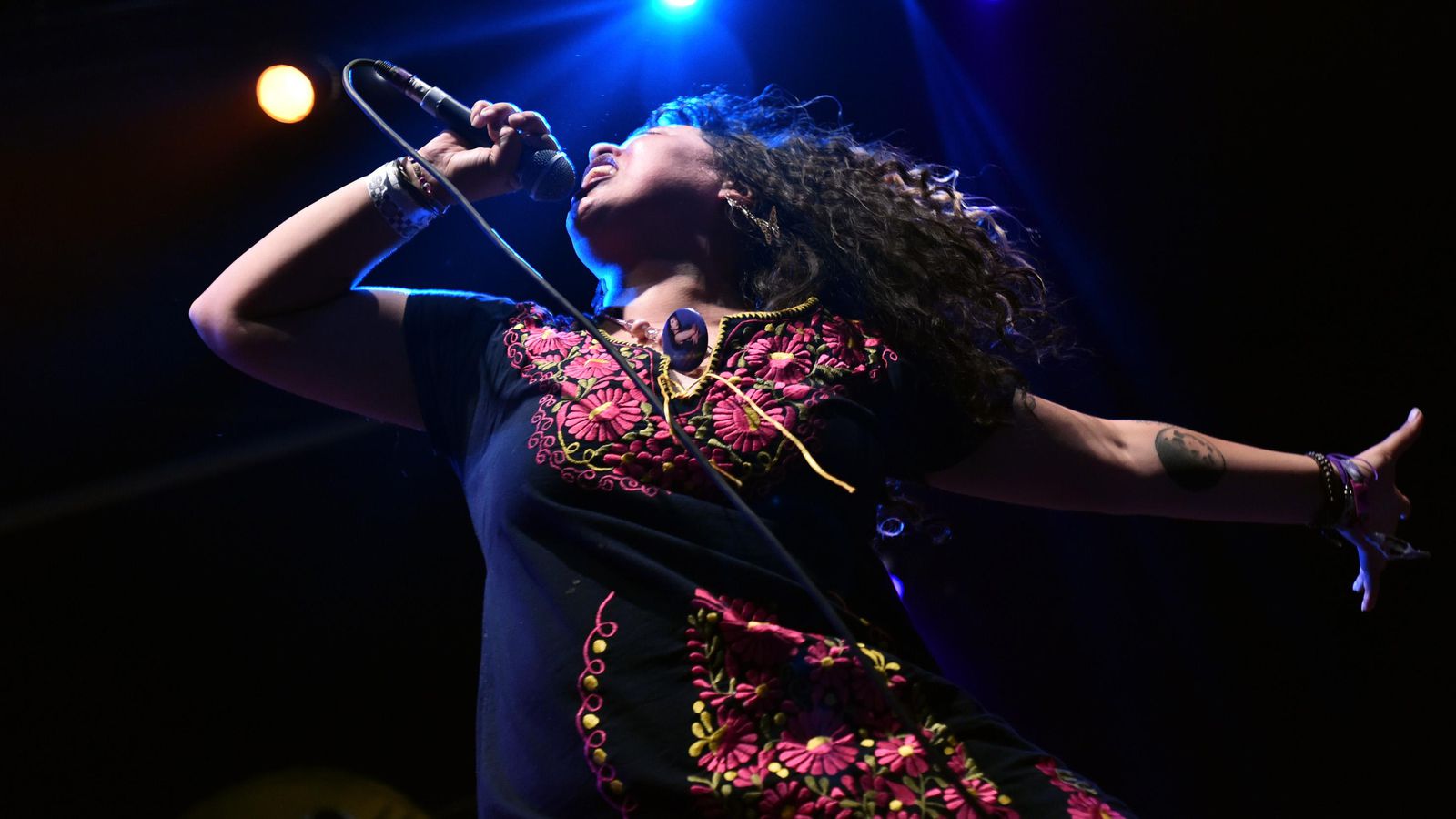 quote of the day
We were searching for a singer and we didn't find one—we tested many, but couldn't find anyone—so I thought: 'Why not look to the radio for someone instead. The man inside the radio does not hear us, but we hear him.'
Holger Czukay, 1938 – 2017, on using shortwave radio as an instrument in Can
music
Twitter Facebook Email

How is it possible that, in 2017, there's still an opening in the market for someone to create an IMDB for music? Do the passengers in the gas-guzzling ride that carries the music industry ever ask who's driving? Or do they kinda like the idea of just driving around aimlessly? Or—please don't answer—is it beneficial to them for some things to never be figured out, for some data to not quite be accessible? My old employer MUZE had the idea way back when but not the long-range vision. ALLMUSIC had the firepower for a while but never quite hit the target. For her THE FUTURE OF WHAT podcast, KILL ROCK STARS president PORTIA SABIN interviews the brain trust behind the soon-to-launch JAXSTA, which is next in line. They lay out the case for why data (a fancy high-tech word, in this case, for what used to be called "credits") matters, from licensing to payments to engaging fans to facilitating collaborations. Here's another use case they bring up: Writers, musicians, engineers, etc., could use Jaxsta to prove they have enough credits to become voting members of the RECORDING ACADEMY. Weird, right? Surely no one who's playing on STURGILL SIMPSON albums needs a new website to do that? But surely no one working in HOLLYWOOD needed one either. Except that they did. Launch it and maybe they will come... Some quick Q&As: The RIAA sued popular stream-ripping site YOUTUBE-MP3 and put it out of business. Why didn't YOUTUBE, whose own service was being literally ripped, do the suing? Why don't streaming services, which have been repeatedly sued by songwriters and publishers for mis-managing mechanical-royalty payments, require the labels who supply their music to also supply the necessary publishing information? And does SPOTIFY seriously believe it doesn't have to pay mechanical royalties in the first place? You're only allowed to use "I don't know" on your answer sheet once. Good luck... A&E's authorized doc "BIGGIE: THE LIFE OF NOTORIOUS B.I.G.," which premiered Monday, is available in full here (a big juicy congrats to my old VH1 bosses BRAD ABRAMSON and SHELLY TATRO) ... Thank you, Spotify, for your "No Moment for Silence" DREAMERS playlist, featuring pro-DACA messages from DEMI LOVATO, DADDY YANKEE, CAMILA CABELLO and more... RAMI MALEK will rock you... "LOOK WHAT YOU MADE ME DO" dethrones "DESPACITO" atop the BILLBOARD HOT 100, ending the LUIS FONSI/Daddy Yankee track's record-tying 16-week run at #1 (look out for the calculator remix though)... Eight months after the death of CAN drummer JAKI LIEBEZEIT, news comes of the passing of HOLGER CZUKAY, the other half of one of the 20th century's most influential rhythm sections. Czukay, who studied with KARLHEINZ STOCKHAUSEN and went on to work with the likes of BRIAN ENO and JAH WOBBLE, was also an electronic-music early-adopter. In addition to playing bass, he engineered CAN's albums, manipulated tape, played short-wave radio and here he is experimenting with sampling in 1979. RIP.