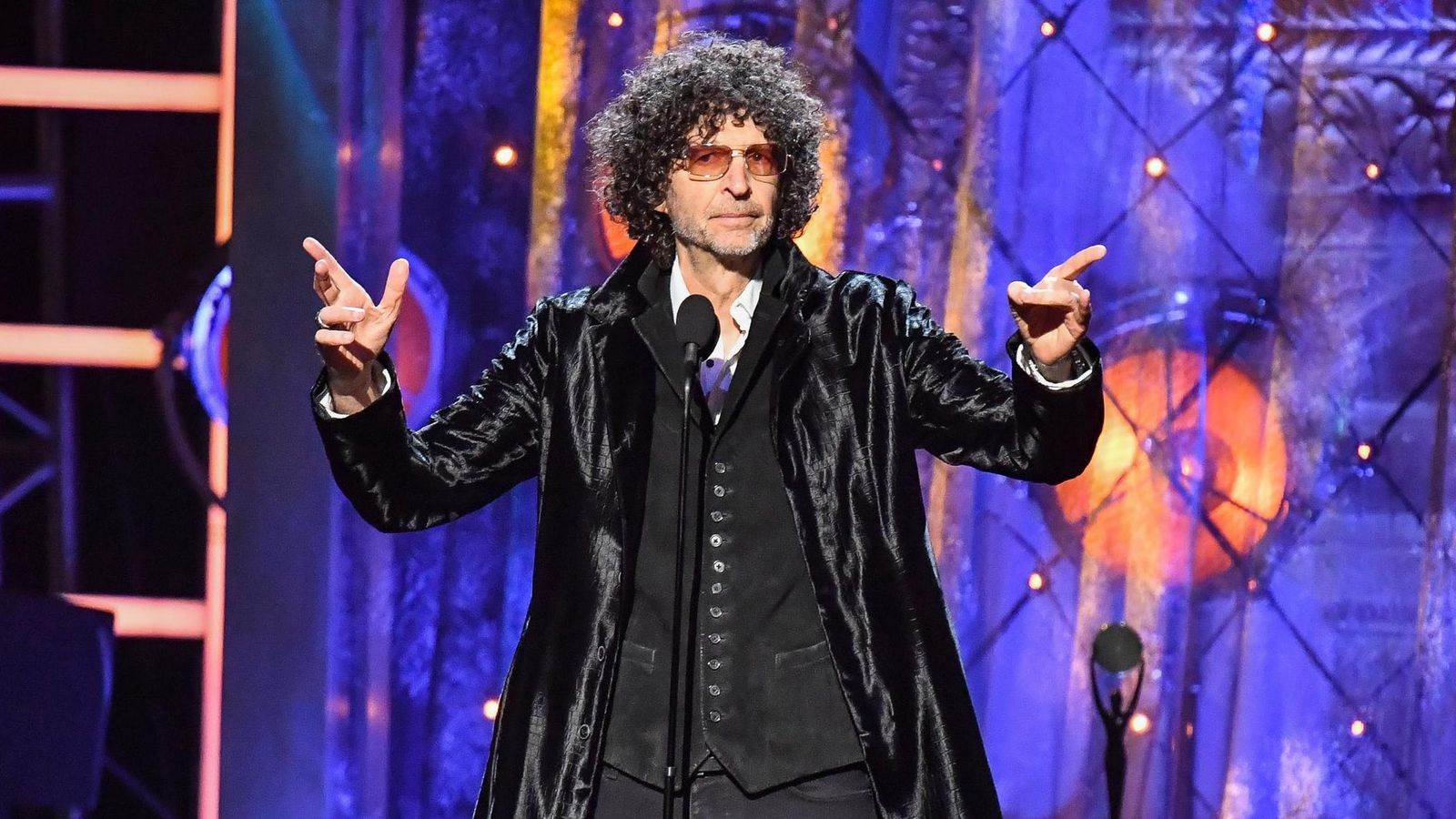 quote of the day
No one is dumb who is curious. The people who don't ask questions remain clueless throughout their lives.
Neil deGrasse Tyson
media
Twitter Facebook Email

I've listened to HOWARD STERN almost every day since I'm 15 years old. Asking his first wife to buy so much shrimp that it "goes bad." Asking about SAM KINISON's egg sandwich count. Interviewing PAUL MCCARTNEY about YOKO ONO. The many great ALEC BALDWIN interviews. No person that I've never met has had the influence and impact on me like Howard. Radio is familiar, like television. He was the friend you turned to each day before you had a cell phone. Or before social media. He was always honest. Vulnerable. Smart. And beyond funny. His crew was a family of misfits not unlike our own crews. They savage each other with love and make us laugh. And the interviews? He's the best there is. You don't come on THE HOWARD STERN SHOW unless you are going to share. It isn't a place for empty promotion. And if you came on the show, you were probably a fan anyway. His self-deprecation, honesty, vulnerability, and curiosity gave him an edge that others don't have. And that made him the best there is. I've met lots of people I admire. BONO. STEVE JOBS. OBAMA. Some people even became friends like KEN AULETTA, JEFFREY KATZENBERG, or RON HOWARD. But I've never met my biggest hero of all, Howard. I'd like that. And I'd like to learn more from him. Especially now as I plan the REDEF Podcast series. His prep is the best in the world. His work has brought me more happiness than any entertainer. We put together a REDEF MediaSET on his recent interviews around his career and book. Like any artist worth their salt, they are always changing. "Stern Evolving"... Fans pledged money. Artists pledged to bring fans inside the recording process. And then the money started disappearing. What happens when fans and artists make good on their pledges but the platform itself doesn't? MusicREDEF's MATTY KARAS takes a look in "When Crowdfunding Goes Bad: The Rise and Fall of PledgeMusic"... Friends doing well: When I was at MTV, VAN TOFFLER and MTV FILMS tried something natural to us running MTV, but sometimes a bit foreign to the movie industry at the time, which was to bet on new innovative breakthrough talent to tell stories in a novel way targeted exclusively to young people. Were they STAR WARS budget movies? Hell, no! But they had a point of view that was loud, youthful, and novel and never the same. From JARED HESS with NAPOLEON DYNAMITE to CRAIG BREWER with HUSTLE & FLOW to ALEXANDER PAYNE with ELECTION to BRIAN ROBBINS with VARSITY BLUES to RICK FAMUYIWA with THE WOOD to JUSTIN LIN with BETTER LUCK TOMORROW to SPIKE LEE with KINGS OF COMEDY. These movies grossed well over $1BN domestically and never subscribed to a formula of A+ stars and seasoned directors and writers, yet they broke thru and connected to young people. Happy to see that Toffler is getting the band back together with the hire of DAVID GALE. I'm hoping to see the same formula of betting on breakthrough talent and stories across all new platforms at GUNPOWDER & SKY... Happy Birthday to KAY MADATI, DMITRY SHAPIRO, PAUL BRICAULT, and JEFF NORDHAUS.