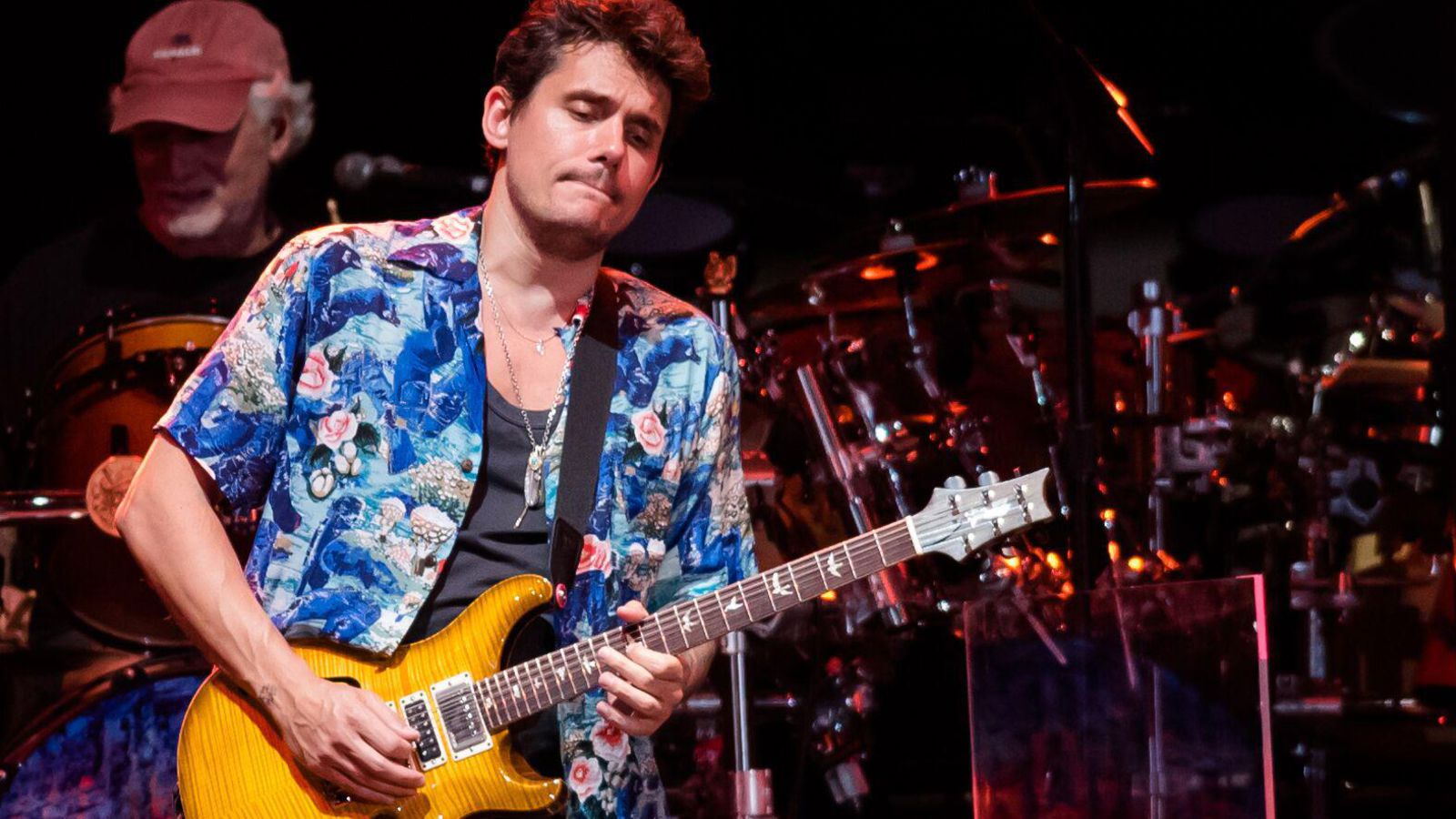 quote of the day
I think I know it all, relatively speaking.
Gene Simmons
media
Twitter Facebook Email

Went to my first DEAD & COMPANY show on Saturday night at DODGER STADIUM in LA. It's a great place to see a show, but beyond really poorly run getting in the actual venue during a concert. I grew up with new wave. Classic rock and rock came next. Then some blues and jazz. The GRATEFUL DEAD were never my thing. I don't think I knew any songs. But over my lifetime I've had hundreds of friends who loved them. And went to hundreds of shows. And they don't shut up about them. One of my pals, ERIC EISNER even produced a documentary about them, LONG STRANGE TRIP. A 4-hour doc to be exact. So while I missed the original. I got a shot. As you may know, JOHN MAYER is part of Dead & Company. And as you may know, I'm a big Mayer fan. He's a prodigious pop songwriter. He gets a lot of s*** for writing great pop songs from know-it-all "critics." It's hard to deny his talent. My playlists have at least 30 good ones. But Mayer is also one of the great musicians of our time. A great guitarist to be exact. Now on his albums, the guitar serves the song. He doesn't show off. But there are many memorable solos. But when you see him live he can stand next to basically anyone. He shreds. He's played with all the greats. The greats you would go to for comment. From ERIC CLAPTON to BUDDY GUY. They all praise him. With Dead & Company, he's taken his talent to another level. Not his songs, but not easy to play by any means. Amazing how he's picked up the songbook. He's playing with just about the best musicians on earth. Loved every minute of the show. Dead fans are super nice and supercritical. And he's been accepted. You hear it from those sitting next to you, Or you hear it in the crowd roaring after a solo. And he clearly loves it. Grinning ear to ear. He's not a good guitarist. He's not great. He's beyond exceptional. As his friend RICKY VAN VEEN said to me via text, "It’s truly unreal"... In 2012, NETFLIX said its goal was “to become HBO faster than HBO can become us." But what does competing with or being like Netflix look like in 2018? Today we publish MATTHEW BALL’s Part 3 in our own REDEF Original Series on NETFLIX MISUNDERSTANDINGS. Part 1 explained how Netflix spends much more than you might think. Part 2 focuses on why Netflix is a technology company, not a media one, and what that means (good and bad). Part 3 discusses why Netflix’s invests so aggressively in every aspect of its business – to monopolize the entire premium video market (and potentially others, too). You have to skate to where the puck is going as they say. Netflix is ahead, not impossibly so, but by a long while. Just replicating their playbook isn’t enough. You have to be different... Then there was this article in the NY TIMES about HBO and AT&T that started a big TWITTER debate. Lots of economics class mantras on the twitters. With an unfortunate choice of words from AT&T's JOHN STANKEY. "Bigger... Broader... Engagement." Unfortunate because he was taking to the premiere creative organization in the business and they don't necessarily use those words. And they (and critics) are worried that they just want "stuff" to shove through the pipes. But I know what he meant. The media business is a business of minutes. And you get that through your programming/content, etc. Doesn't mean it needs to be schlock or tonnage. And the verbiage may not suit the know-it-alls. But that's what it is. And most of the comments are around HBO trying to be NETFLIX. Which is not the case. Or they just make fun of the telco where the execs sometimes wear blue jean shirts with wooden buttons with AT&T logos. Me? I say, back off the hot take judgment. AT&T has been giving HBO away for free and below cost for two years now. They are playing the long game. HBO knows how to run their business. Give them a minute. HBO has been managed by TIME WARNER to sell. That means they've been hamstrung in spending. They turn away shows they would do at the same level of quality they are known for. My guess is that they could spend $2-3 Billion more on programming (still not Netflix, still not CHARTER) and grow their base substantially. They also need to fully embrace all the release velocity and functionalities that OTT-only services like Netflix have introduced and mastered. And that release velocity is how you get users to stay after they binged GAME OF THRONES. Refer back to our piece from 2015, It said HBO should go truly over-the-top (i.e. take on the product, customer service, billing, delivery), collapse CINEMAX into HBO, add kids content, ramp volume, take back foreign operations (v licensing). Netflix goes high, medium and low. They are Netflix and they are great. HBO is going to do more high. And they have room to. It's not about a 1-to-1 race. It's about them being able to be bigger while still being better. Once that tapers, they need to pull back. But only then... Saying someone is considerate is a big, big compliment. At least from me. Great trait... The lead story on the news every night should be these kids at the border at their treatment. And not fall for all the other daily nonsense this pig perpetrates... Happy Birthday to MERYL POSTER and WENDA HARRIS MILLARD.