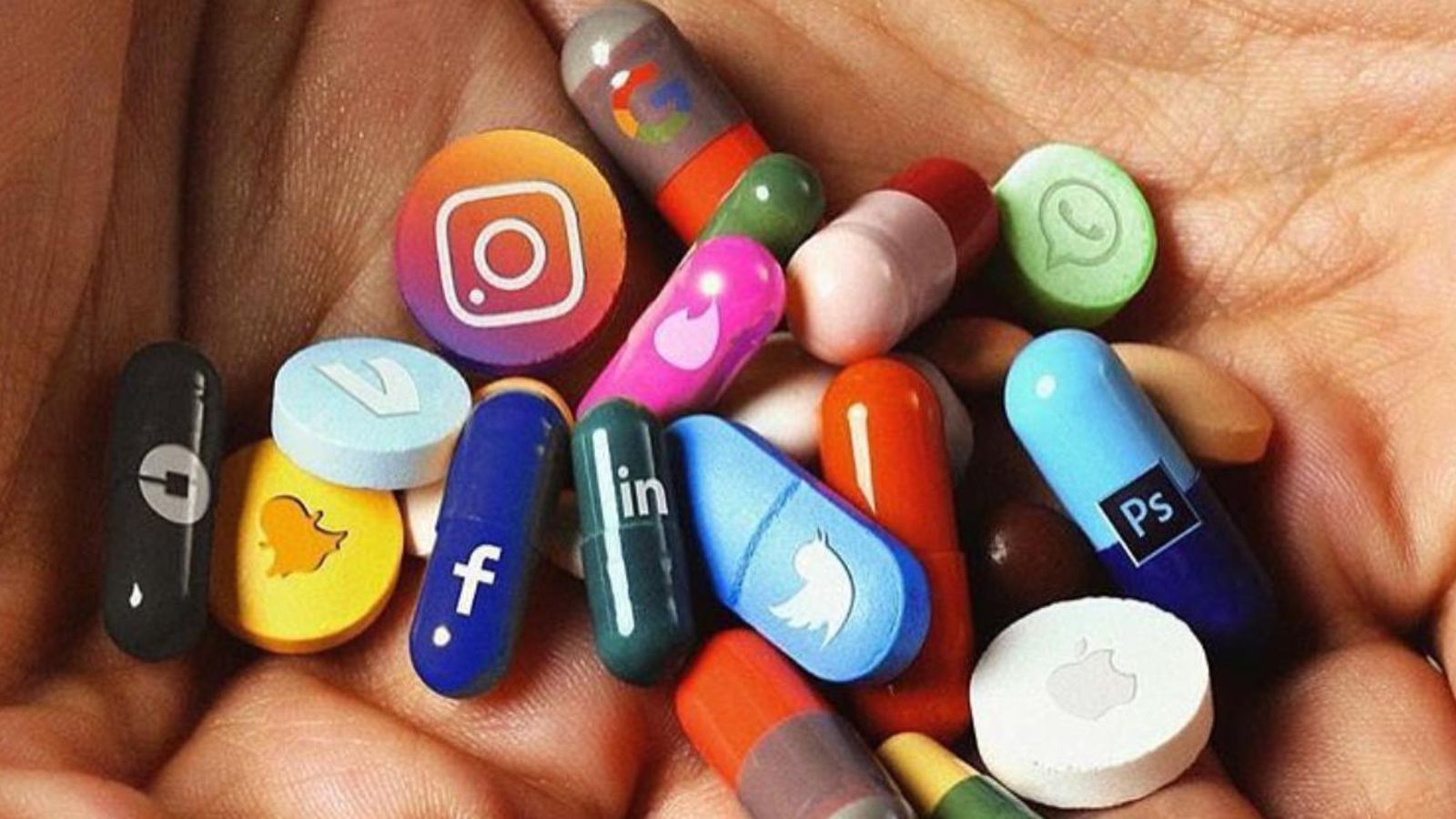 We're on these drugs. Most don't know it. They're shaping our lives and minds and we don't really know all the effects yet.

We're on these drugs. Most don't know it. They're shaping our lives and minds and we don't really know all the effects yet.

quote of the day
All my big mistakes are when I try to second-guess or please an audience. My work is always stronger when I get very selfish about it.
David Bowie
media
Twitter Facebook Email

I dove right into the internet early. With reckless abandon. IRC. Email. The web. Amazon. CDNow. I commented. I put my credit card down. I accepted “cookies.” The benefit was clear. To connect. To entertain. To learn. Then the social nets came. AOL IM, FRIENDSTER, MYSPACE. Then FACEBOOK. Ioved it. I love TWITTER. It gives me a voice and a following. I love my iPHONE. Super helpful in managing my life and communications. My niece LILY was 18 months when she started to play with my phone. Basic mimicry. So I got her an iTOUCH. I was the proud techie uncle. All these things are true. But I'm really concerned now. Lily is buried in her screens. So is her brother. These platforms and devices were often created by people that didn’t know how to connect in the real world. To do no evil. To make the world smaller and to give everyone a voice. I believed that was the plan. I believed in it. There was an ethic. But commerce has its downsides. And arrogance always. I worry that they've lost the plot and drifted into uncharted territory with some scary results. Two of the biggest companies ever are Facebook and GOOGLE. They make almost all their money via advertising and they get there by engagement. They use some clever and some very cynical tactics to get us there. A/B testing. Machine learning. Notifications. Algorithms. Manipulations. All to get your time and money. It reminds me of the count room scene in CASINO. There’s a lot of talk lately about the downsides of these great innovations: Mental health, political fears, societal divisions, bullying and more. These are not new arguments. They are as old as the printing press and brought up again with radio, phones, and TV. As TYLER COWEN recently wrote: "Would You Blame the Phone for Russian Interference?" But the velocity of information dissemination is on another level. The anxiety and venom on tilt too. We discussed it on Twitter. Yes it's our responsibility to filter what we read and find counter balances to get to the truth. But should the platform help? What responsibility do these platforms and their founders think they have to the public? They say they don't want to get involved with what we see. That's B.S. The algorithm already does that. And it's cynical. Giving us what we’ve already “asked for.” That means we clicked on something. Preying on anxieties and prurient interests. No different than local TV news or your local tabloid but exponentially faster and more information. The metrics for success? Daily active users (DAU), monthly active users (MAU), time spent per session. Revenue. What you don't see in the metrics: empathy, truth, appreciation, usefulness, helpfulness, or health. We need ethicists, psychologists, ombudsmen and outsiders to help shape and ask questions. They are often not welcome. I’ve reached out a few times. Some employees have disdain for anyone they deem not smart enough to understand their tech. The early response from leaders are disturbing. ZUCKERBERG scoffed at election interference. SANDBERG didn't adequately address. And I worry that most just don't have that gene to be self-aware about the issues. Not everything is a math problem. And people that don't code can also be smart. Yes, these concerns are not new. But they do go against the perceived charter and ethics we thought they stood for. I see all the upsides of the innovations. I'm grateful for them. Yet, I know I'm complicit with them and responsible for myself at the same time. But this isn't a drug deal done over phone lines. The platforms actively engage in tactics that treat the audience like dogs in a Pavlovian study. Making money off of false and incendiary content which is affecting our democracy and society. And “God only knows what it's doing to our children's brains.” The irony that these platforms were built to bring us closer together but may be tearing us apart is not lost on me. They allow for infinitely deep holes with like minds that rarely crossover to others for counter ideas. They've amassed data. Data they think that represents our psyche. And many attributes do. But it's not us. We're more than that. More than what we clicked on or liked. The same minds that were smart and single-minded enough to make these innovations are ill suited to troubleshoot the unprecedented effects. As former Facebook president SEAN PARKER recently said: “You're exploiting a vulnerability in human psychology ... [The inventors] understood this, consciously, and we did it anyway." Why did he allow it? I don't know the answers. I'm digging and asking questions. Hoping the leaders care enough to combat. We take a hard and sobering look at a subject that we should all be concerned with: "The Downside of Social Media"... Happy Birthday to ROB FINKELMAN, JEFF DACHIS, JENNI CARLSON ARIANA URBONT, and CASEY POTENZONE. Belated to RACHEL ZALIS, KATIA BEAUCHAMP, JEREMY WENOKUR, PETER BARON, BILL WERDE, JOHN SCHWARTZ, JULIE ALEXANDRIA MILLER, ADAM LILLING, and BRAD ELDERS.