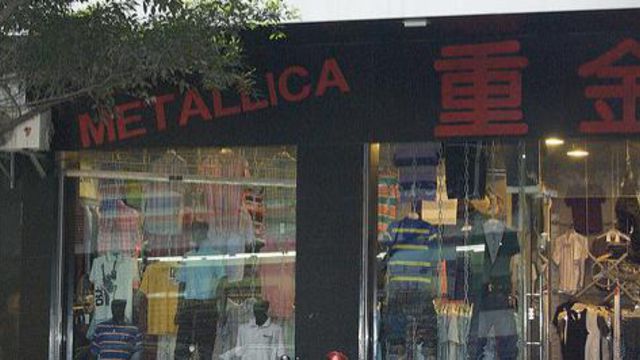 quote of the day
I think the music comes first, then comes the fashion, and thus, the lifestyle.
Questlove
music
Twitter Facebook Email

The endless wait for new FRANK OCEAN music has ended with the surprise release of a visual album called, um, "ENDLESS." ROLLING STONE says the album we've actually been waiting for, "BOYS DON'T CRY," will come out via APPLE this weekend. Don't hold your breath. Or do. Your choice... Now that clubs like the EL REY and the ROXY in LOS ANGELES have introduced airport-style metal detectors, it’s interesting that this not yet fully adopted safety practice already is moving to its next phase: The show security pre-check. Introduced by LIVENATION to speed up unfortunately necessary safety measures at concerts and festivals, it seems a little premature when there are still worries that club owners and promoters could be doing more in the wake of horrific events like the massacre at LE BATACLAN. And not just to protect fans but to protect artists like CHRISTINA GRIMMIe. As musicians react to societal violence and concertgoers raise concerns over the date rape culture in the dark underbelly of festivals, live music isn’t waning in any way; fall means big business for club shows... Are tickets and experiences becoming secondary to tour-only merch exclusives? Fashion and music have always intersected, and if you look at their historic entanglements, sometimes it’s hard to say who was the bigger influence on who, but what’s happening with pop-up shops right now is undeniable in both worlds.