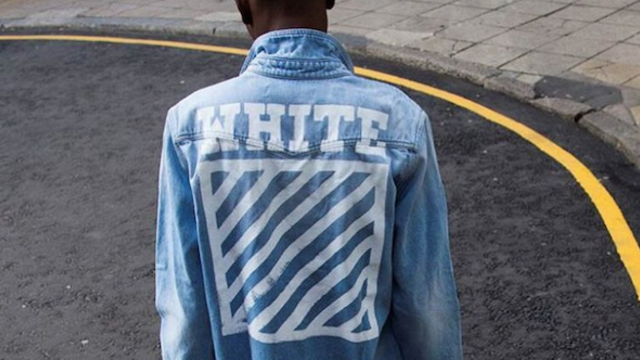 quote of the day
The common feedback I get is, 'How are you supposed to be about the youth and your stuff is that expensive?' My answer is: 'I don't have an answer.' This concept of a brand, the image, what the clothing looks like, that's free. Go make your own version of it. It's meant to inspire.
Virgil Abloh
fashion
Twitter Facebook Email

What VIRGIL ABLOH might lack in experience or traditional design pedigree he makes up for with sharp branding instincts, tireless hustle, and a knack for putting himself in the right place at the right time. ZACH BARON's profile of ABLOH paints him as a cultural jack-of-all-trades, flitting between scenes and circles, dipping his toes in the mainstream while maintaining his underground connections, feeding the inputs and stimuli from constant travel into his label OFF-WHITE. Thanks in part to his ongoing collaborative relationship with KANYE, ABLOH's been a force in the world of streetwear for years, and now OFF-WHITE's starting to gain traction with the high-fashion crowd, too, working its way into stylists' repertoires and appearing on celebs you'd never have seen wearing it a year ago. ABLOH's still developing his voice as a designer, but he's already adept at positioning his work in unique ways. BARON points out one ad in particular that caught his eye, and, I have to admit, mine, as well -- first saw it in as a full page in an issue of 032C and lingered on it way longer than I do most ads. It depicts IAN CONNOR (stylist, model, and hopefully industry persona non grata after multiple rape accusations) in a pair of OFF-WHITE jeans, a SUPREME t-shirt and at ATLANTA BRAVES cap standing atop a soapbox, boot laces wrapped around his hands like shackles. A tall white woman dressed in OFF-WHITE stands behind him, completing a tableau that an INSTAGRAM commenter wrote reminded him of a slave auction. The imagery is off-putting but vague enough that you're not sure whether its a pointed statement, a punk rock provocation, or a bit of both, à la KANYE's use of the Confederate flag. The mixture of brands within the ad is super modern. Consumers, especially millennials, are less and less interested in sealed-off brand universes. They don't want to buy their way into an all-DIOR fantasy land, their want to pick and choose and assemble their own. ABLOH's universe contains OFF-WHITE, but it also includes SUPREME and sports apparel, and that resonates more deeply. Says BARON of the ad: "I want to live in this outﬁt. I’d pay $5,000 for it. Whether that makes me a person with taste or a total mark, I honestly have no idea." I know what you mean, ZACH... That said, I really wish at least one interviewer would challenge ABLOH on using CONNOR in this advertisement. It was likely shot before his alleged crimes came to light, but ABLOH should certainly be questioned for sticking with the ad... Congrats to ZARA's NEW YORK CITY employees on forming a union... This WALL STREET JOURNAL article is worth a click just for the stippled sketch of cargo shorts.