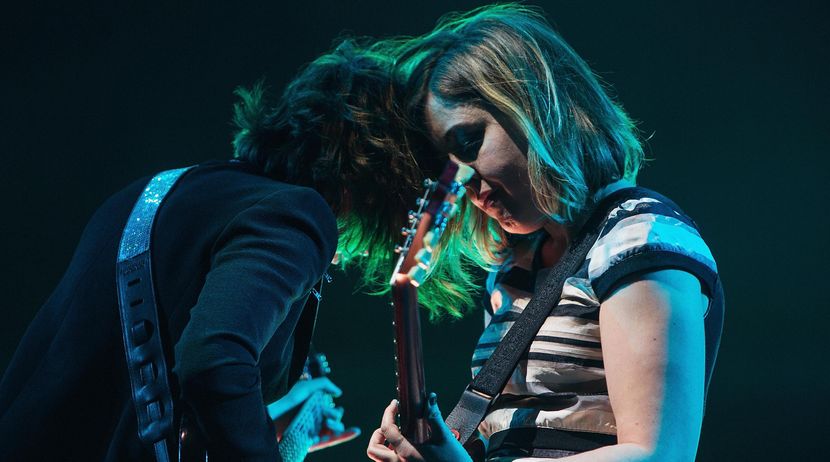 Carrie Brownstein and Corin Tucker at the Gorge Amphitheatre, George, Wash., May 22, 2015.
(Mat Hayward/FilmMagic/Getty Images)
MUSICSET
There's a (New) Riot Grrrl Goin' On: The Evolution of Sleater-Kinney
The revolutionary rock band, broken up, re-formed and now reimagined, celebrates its 25th anniversary with a different kind of Sleater-Kinney record. A look back on where they came from, where they might be going, and do they still wanna be your Joey Ramone?
Matty Karas, curator
Twitter Facebook Email
×