It’s one thing to sell some hot t-shirts online, and, as Wil Fry’s found out, another altogether to parlay that buzz into a sustainable business. An Australian transplant living in New York City, Fry first earned notoriety with a series of t-shirts and jerseys matching sharp aesthetics to tongue-in-cheek meta-commentary on the fashion industry — a riff on some drama between Marc Jacobs and Kidult, a one-off, $90,300 shirt, and a jersey featuring the now-influential stylist Ian Connor, among others. Over the past couple years, he’s shifted his focus to producing a more traditional line of distinctive, low-key menswear. We spoke with Fry about the challenges of wholesale, getting ripped off, and why fashion isn’t funnier. This interview has been condensed and edited for clarity.

Walk me through the transition from doing the one-off print stuff to full-fledged collections. What was the impetus for it, how did it go down?

I had higher aspirations about where I could go with the work I was doing. After the prints took off, it seemed natural to expand the line and as much attention as I received for the prints, I wanted to develop a more sustainable product base. I had built sort of small demand for the blank sportswear pieces I was doing. When I did the Ian Connor jersey, I also did a blank version of it. That generated a lot of new business from people who were interested in the work I was doing because it was more wearable. This sort of opened the door to building out the collection. And once I started getting requests from retailers, I knew I had to be able to offer a bigger collection, I had to be a more substantial brand.

One of my favorite things about your early stuff was that it was really funny in addition to being conceptually solid. Do you think fashion in general could use more humor?

Why isn’t there more of it?

It’s not easy to find the right balance, you really have to be tuned into the moment.  There is a certain amount of vulnerability that you take on as well, you invite a different kind of conversation. It just has to make sense for you and your brand and what you’re trying to say.

It’s not like a stand up comedian bombing a set.

It’s probably more akin to opening a restaurant and folding in the first month.

The cost of producing a full collection is just so high. It’s so insane, your overhead to produce, to show, as well, especially if you’re showing on a level where you have to have a team. It’s a tightrope. It worked for me initially because I was completely disconnected from the industry, but still demonstrated some understanding about what was going on at the time when I was doing that sort of work.

Could you describe your design ethos for the proper collections you’ve been doing? What are you trying to accomplish with each of your collections?

It’s mostly some sort of nod to hip hop or streetwear, one way or another. Just things I’ve grown up with. Basketball, hip hop culture, graffiti, art, humor, the internet, being Australian, etc. The last 12 months have been me taking baby steps in the industry with the work I was putting out there. Other than what I mentioned, reference-wise, I don’t have a huge mood board on my wall. Mostly it’s just in my head, and then I’ll sit down at a computer when the idea is ready to go and draw or mock it up. I guess, to answer your question: making something I haven’t seen but that can be recognized by people in some capacity.

That’s difficult to do without overt branding.

Yeah, I’ve always tried to incorporate a certain level of detail to each piece that made it recognizably mine.

So, this whole endeavor for you has been an exercise in learning by doing. I’d imagine there’s lots of stuff that you were surprised to find out about the industry and how it works. Anything in particular that you were thrown for a loop by?

The financial side of things was the biggest one for me. To find out that the majority of designers have partnered with a production house, or have investment from xyz. I’m sure when people read that statement they’ll laugh, but I had no idea. I started the business with $100 and was able to make money off of the prints and grew it organically. My education background is applied design — I’m not trained in fashion. So, yes, it’s been learning by doing.

Do you find it challenging or a hindrance trying to navigate media, chase press?

No, not so much. It can be frustrating at times when you can’t reach the publication you want to reach but for the most part, I’ve just kind of learned that it’s best when things happen organically, and most good things take time. I’m fortunate to be in New York, a lot of the media is here, so, for the most part, it’s not too difficult to make new contacts.

You do online, direct-to-customer sales but also have a wholesale business. Do you have any feelings on which of those you prefer?

Wholesale is challenging. You have to do it in order to not be considered an “internet brand,” so people can see your product and understand how they should consider it versus another label. If you’re just selling on the internet, it’s really hard to convince people that you’re somebody they should think about when they’re buying a new black shirt. Wholesale is still key. Of course, the more sales you can generate through your own store, the better.

When you’re wholesaling, the retailers are capturing the biggest chunk.

Not to mention a lot of accounts, especially bigger wholesale accounts, can usually leverage terms, like net-30 or whatever. You need to have money as a backup, because you have to pay everybody on time when buying fabric, when you’re getting things sewn. I have to pay up front, at least some sort of down payment. Cash flow is the hardest aspect of running a small label. Just making sure you have money to pay rent next month, money to pay the contractors who are sewing my stuff. If you don’t, they’re not going to work with you again, you know?

Do you see any way out of that wholesale trap for small independent labels?

Be selective about who you work with, and take deposits on orders. Earlier on — the fewer stores, the better.

Sure. Quality over quantity, you want to be in the right ones.

You want to be in the right ones and you don’t want to just sell anywhere, because it’s going to dilute the brand. Grow at a slow and steady rate.

You mentioned over email that you resent the seasonal drop aspect of the industry.

I don’t have the manpower to keep up with it. I am essentially a one-man company, so it’s difficult to manage operations, design, production and hit all those deadlines time and time again.

You’ve had some pretty major co-signs in terms of celebrities wearing your stuff — I feel like Drake in particular wears your gear often. Is that as big a deal as people might think in terms of buzz and sales? Is it a surprise for you to see celebs in your stuff, or do you tend to get hit up for it in advance?

Yeah, it’s always great when that happens. I think that usually comes from some of the retailers I work with. I don’t often have celebrity stylists asking for things, nor do I really chase that. 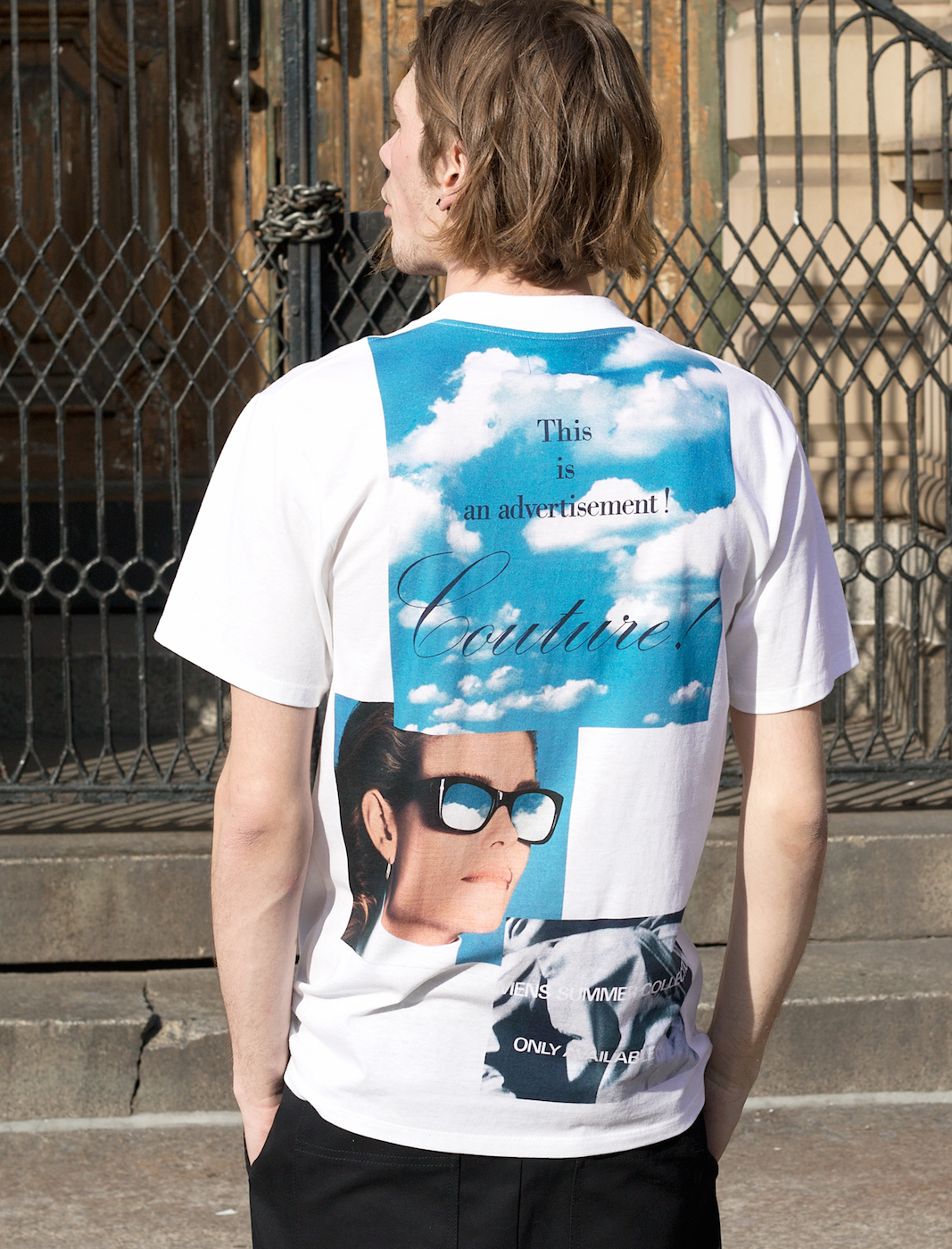 You’ve been a New Yorker for about six years. Has moving here has had any impact on your aesthetic sensibilities?

Of course, yeah. After I got out of school, I worked at a design agency here. My boss was a great designer, but the majority of the work we were doing was very restrained, although I learnt to enjoy mundane tasks like typesetting documents. Perhaps that occasionally rubs off on the work I’m doing now. The satire is just a reflection of my sense of humor and perhaps me being frustrated with whatever’s going on.

I mean, your stuff kind of does have a strong typographic element to it because you’re producing unbranded collections that have a really strong logo.

On the topic of bootlegs, have you noticed your work being knocked off? if so, how do you feel about it? is there anything you’ve been able to do about it, or is it just something you accept as part of the game?

Well, lots of people were making replicas of the early prints I did. Initially I was very protective over the stuff I was doing but have kind of learnt to just let it be. Someone once told me not to worry about people copying. It’s when nobody is trying, that’s when perhaps I should start to worry. 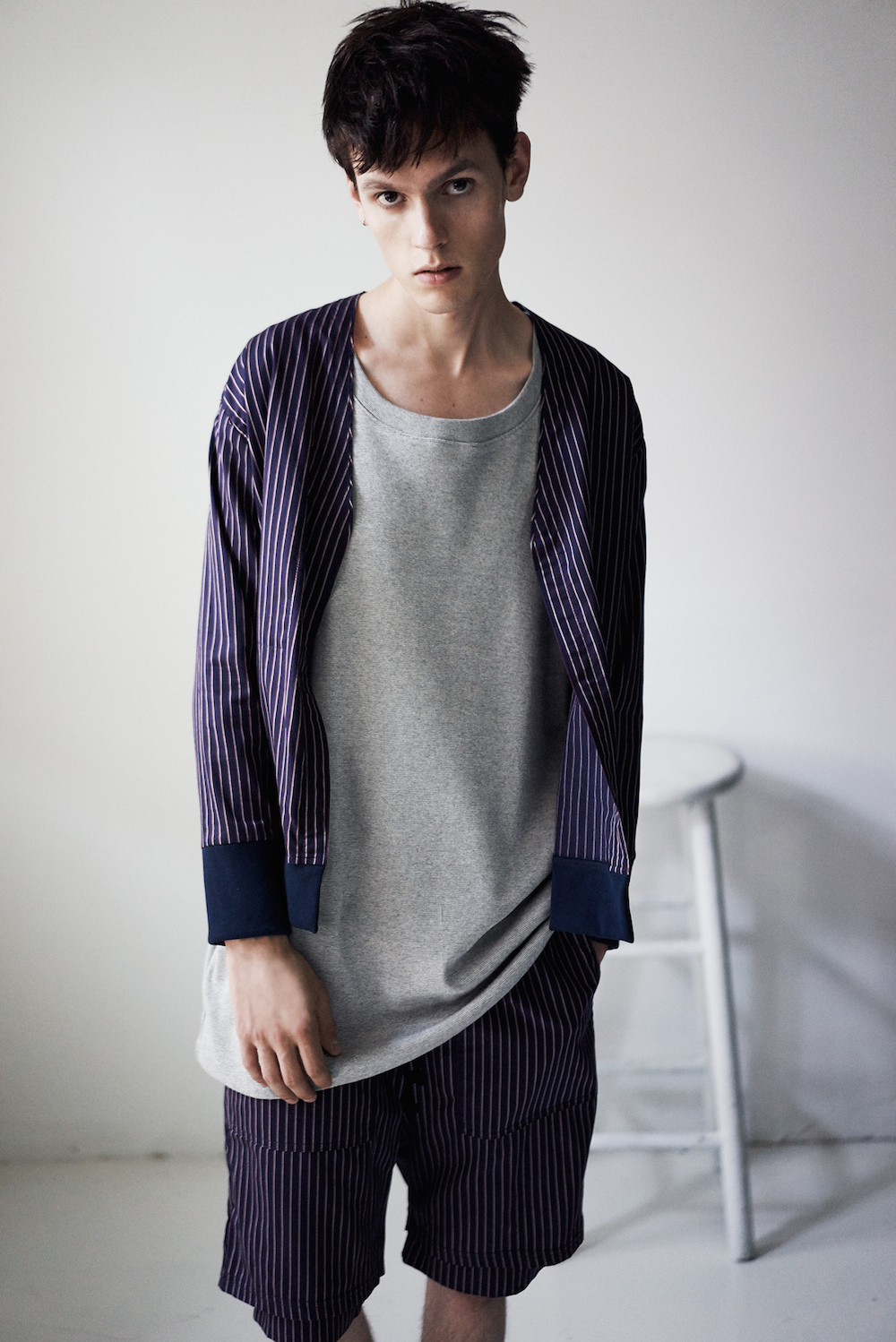 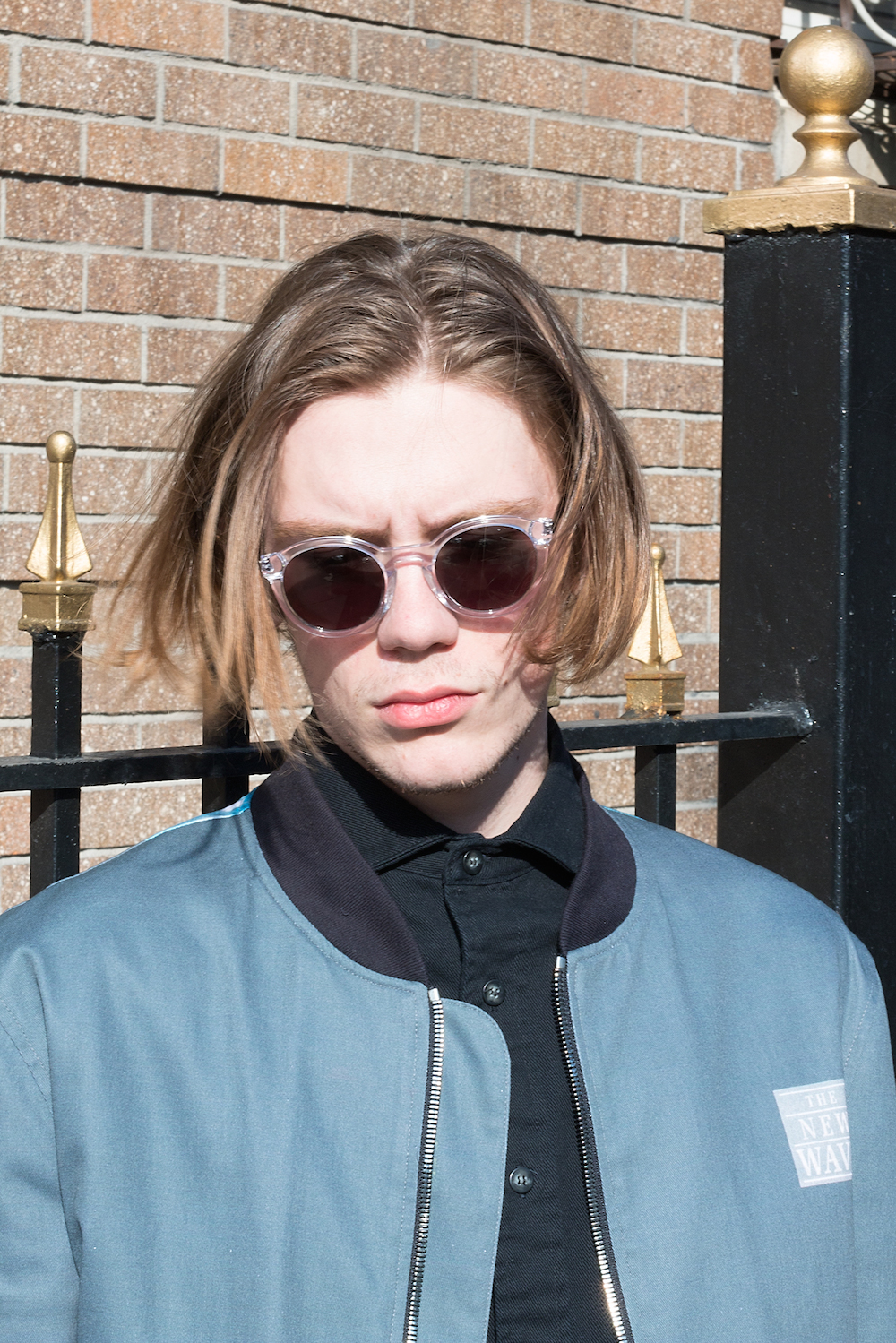 Q&A by Adam Wray, Curator of FashionREDEF. You can follow Adam on REDEF and Twitter (@FashionREDEF, @Terminal_avenue), or reach him at adam.wray@redefgroup.com